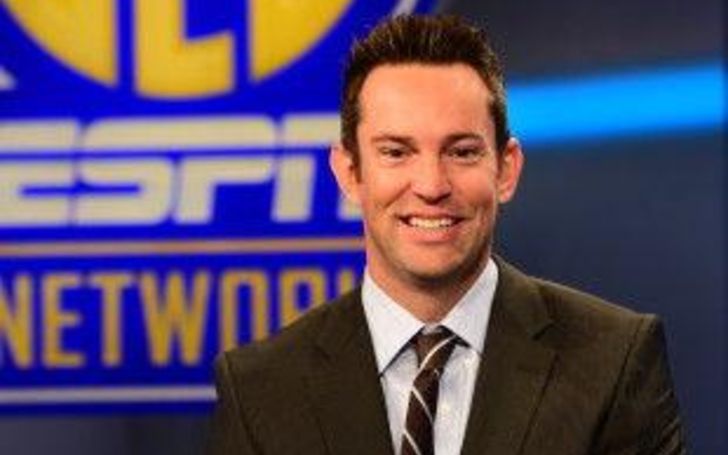 Peter Burns is an American host who has been working with ESPN to host SEC Network television and radio programs since mid-2014. From 2010 to 2012, he worked at Lincoln Financial Media as an advertising account manager. Also, he served on Fox Sports Radio from 2008 to 2013.

Peter Burns' exact year of his birth is unknown but he celebrates his birthday every year on April 11. He is of American nationality while his ethnicity is unknown. However, the information related to his early life such as siblings and parents is unknown. Some of the sources claimed that he is an adopted child however the detail is yet to be verified.

Talking about his education, he completed his graduation degree in Business Communications in 2002  from St. Mary's University.

Is Peter Burns Married Or Not?

Peter Burns is a married man and has shared the wedding vows with Lauren Burns. The pair who started dating each other since 2010 after several years of friendship got engaged on June 11, 2014. After a year of engagement, they got married on September 27, 2019, in a grand ceremony in front of thier close ones. 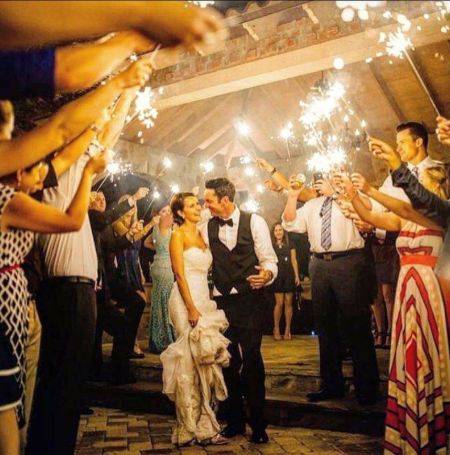 Together they have shared two kids. Their first child was a daughter Beaux Victoria who was born on October 31, 2017. On October 31, 2019, they welcomed thier second child as a son, Thomas James Burns. The news of thier second born was officiated by Peter Burns through his Instagram post where he shared the picture of a newborn baby with the caption,

The only thing greater than one Halloween baby is two.

My wife is the.
90 minute labor, no time for an epidural and like everything she’s ever done in her life, she nailed it.

I’m beyond a lucky man.

As of now, the family of four is leading a happy married life.

Peter Burns is an active user of social media platforms such as Twitter and Instagram where he has more than 72.4K Followers and 4.3k followers respectively.

How Much His Net Worth?

Peter Burns has an estimated net worth of $1 million as of 2020 which he has collected from his career as a host. As the host of ESPN talk show, he might be getting paid around $51k per year.

While talking about his career, he is currently working with ESPN to host SEC Network television and radio programs since mid-2014. Before that, he worked as an on-air host from September 2008 to September 2013 at Fox Sports Radio. Also, he worked for Lincoln Financial Media from 2010 to 2012 as an advertising account manager and radio show host.

Additionally, he worked at Mile High Sports Radio for more than two years.