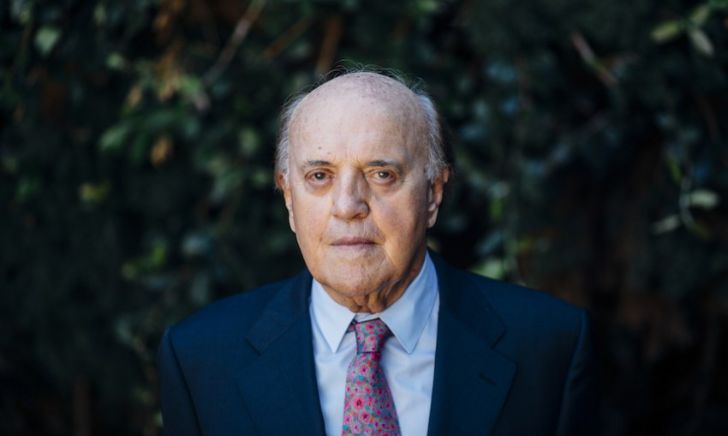 Peter Arnett, the Pulitzer Prize-winning New Zealand-American journalist worked for CNN for more than 18 years until 1999. Famous for the coverage of the Vietnam War and the Gulf War, Arnett briefly worked for  National Geographic and went to Iraq in 2003 to cover the U.S. invasion.

After retiring from journalism in 2007, Peter currently teaches journalism at Shantou University in China. Aside from a reporting career, he had hands in books & published a memoir Live from the Battlefield: From Vietnam to Baghdad, 35 Years in the World's War Zones (1994).

Born on November 13, 1984, in Riverton, New Zealand, Peter Arnett holds dual nationality: New Zealnd-American. Currently, he is based in Los Angeles. As of January 2021, Peter is 86 years old and has a height of 5 feet 6 inches.

Throughout his early days in journalism, Peter worked as a reporter in Southeast Asia, especially in Bankok before he went to Laos and began publishing a small English-language newspaper in 1960. After that, he went to Vietnam and was a reporter for the Associated Press in Saigo (now Ho Chi Minh City).

At the meantime, Vietnam was going through Vietnam War (November 1, 1955- April 30, 1975), officially fought between North Vietnam and South Vietnam. While covering the Double Seven Day scuffle on July 7, 1963, a physical altercation between journalists and South Vietnamese undercover police, Peter was injured.

During the war, he accompanied many significant events; the battle of Hill 875 in November 1967 and accompanied  a group of U.S. peace activists on a trip to Hanoi, North Vietnam to return three American prisoners of the war. 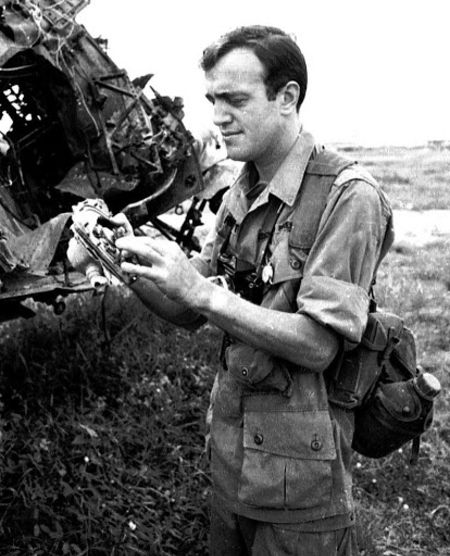 For covering in Vietnam from 1962 to 1965, Arnett won the 1966 Pulitzer Prize in International Reporting.

Following 5 years of the end of war, he wrote Vietnam: The Ten Thousand Day War (1980), a 26-part mini-series documentary with a story on the fierce war.

In 1981, Peter Arnett joined the news giant CNN and would work in the multinational TV news channel until 1999. While working for CNN, he got wide fame as the only reporter to have live coverage directly from Baghdad, Iraq during the Gulf War.

On January 17, 1991, Peter brought continuous coverage of 16 initial intense hours of the war in Baghdad. Moreover, he was able to obtain an exclusive uncensored interview with Saddam Hussein. In 1994, he published a memoir Live from the Battlefield: From Vietnam to Baghdad, 35 Years in the World's War Zones. 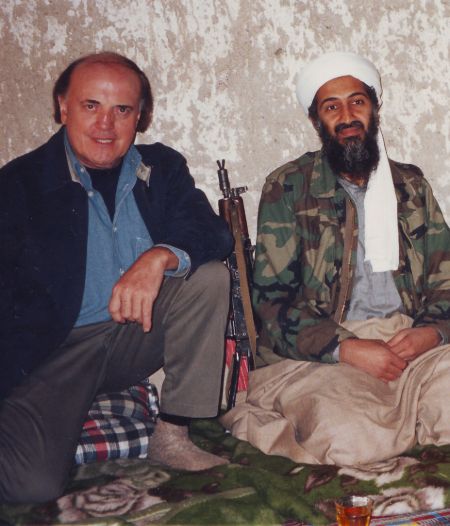 Working in CNN for almost 2 years (18 years to be exact), he interviewed Osama bin Laden, leader of Al-Qaeda in March 1997, following Laden's declaration of jihad on the United States.

Moreover, in 1998, Arnett narrated a news program NewsStand, a report on the coverage of Operation Tailwind in Laos in 1970. However, due to numerous contractions in the report, Peter saw rebuke and left CNN in 1999.

Post-CNN Career and Retirement As Reporter

After CNN, Peter began working for Foreign TV.com and Camera Planet TV in New York. On an assignment for NBC and National Geographic, the journalist went to Iraq to cover the U.S. invasion, officially Invasion of Iraq 2003. The invasion began on March 20, 2003 and ended on May 1, 2003.

In 2007, Arnett retired from reporting. Reportedly, he travels back and forth to Los Angeles and China; in China, he teaches journalism at Shantou University.

Did you know? In his honor, the Southern Institute of Technology named an institute after him, the Peter Arnett School of Journalism in New Zealand which closed in 2015.

Married and Father Of 2 Children

Peter Arnett shares 2 children: Elsa and Andrew, with his wife named Nina Nguyen, a Vietnamese woman. The duo married in 1964 and separated in 1983 and divorced after 20 years, in 2003. Later in 2006, they reconciled.

Reportedly, Peter's daughter Elsa Arnett is a reporter and currently works at The Boston Globe. After attending  Stuyvesant High School in New York, she graduated from Harvard University. Having worked as an intern in The Washington Pos, she joined The Boston Globe.

As of Janaury 2021, Peter Arnett has a net worth of $7 million. Without a doubt, he earned most of his fortune through his journalism career. Turned professional in 1960, Arnett worked as a journalist for more than 4 decades before retirement & had career stints in CNN, NBC and National Geographic.

Even though, no exact figure on his salary is out, Peter probably earned hundreds of thousand dollars per year. On average, a reporter in CNN earns $77, 536 per year.