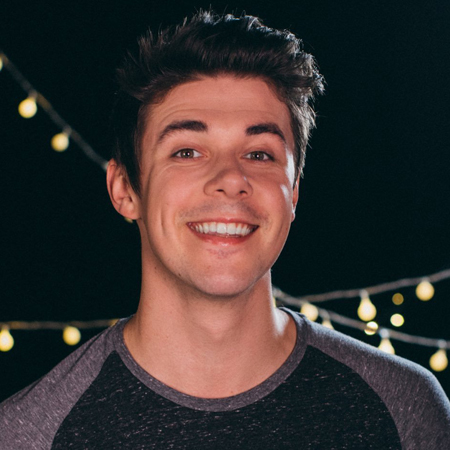 Pete Bucknall is currently single after a recent separation from his previous girlfriend.

Pete Bucknall was born on 31st August 1993 in England under the birth sign Virgo. Bucknall is British as per nationality, and as far as his ethnicity is concerned, he is Caucasian.

At present, his channel has close to a hundred thousand subscribers. Along with YouTube, he is also active on Instagram with over 50k followers.

Pete Bucknall is unmarried and has no children yet. He loves to hang out with friends in his free time. He posts many pictures with his friends on his Instagram account.

Bucknall recently broke up with Carrie Hope Fletcher. His ex-girlfriend is a musician, actress, and a YouTuber. The pair started dating in 2016.

Bucknall posted several tweets for Fletcher when they were dating:

‘’Phenomenal women I know: #Shelnspires Me My Mum My Nan My Aunt My girlfriend @ CarrieHFletcher.’’

‘’So, SO proud of my ridiculously talented girlfriend @CarrieHFletcher starting in @ChittyMusical tomorrow night.’’

The couple broke up in May 2017. They announced their separation via Tumblr.

Pete Bucknall, 24, currently resides in Leamington Spa in Warwickshire, England. He stands at the height of 1.8 meters.

Bucknall, who has thousands of subscribers on his YouTube channel possibly has a net worth of a near or over $1 million. However, the official figure has not yet been revealed.

Bucknall owns a car as well:

Hooray! My car no longer sounds like a pneumatic drill! New exhaust and he's purring like a dream!

However, Bucknall hasn't revealed which car he owns.