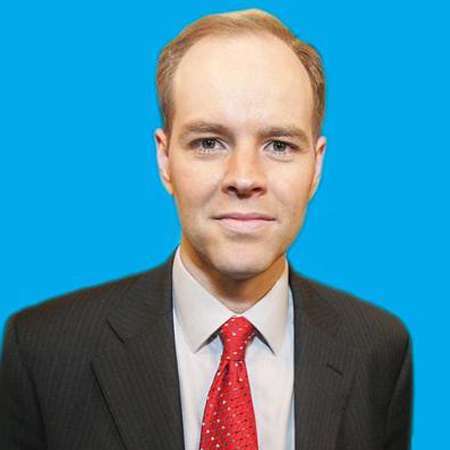 Pete Bouchard is an American meteorologist, well known for his appearance at NBCBoston since they launched it in 1st January 2016. He presents evening news at NBC Boston and NECN. He is the member of weather team of NBC Boston which also includes Matt Noyes, Michael Page, Jackie Layer and Chris Gloninger.

Pete Bouchard was born in California. He is a graduate of Lyndon State College, Vermont in 1992. He graduated with a bachelor's degree in meteorology.

Previously, Bouchard worked for WPXT in Portland, Maine, where he was chief meteorologist for four years. He has also worked as a weekend meteorologist at Portland-based WGME-TV and WMTW.

Moreover, Bouchard was nominated two times for a New England Emmy award for Best Weathercast. He also won the  Best of Boston award for best Meteorologist in the year 2007, 2008 and 2010.

Peter Bouchard is married. He is married to Jennifer McNeil. The couple has three children together and lives happily in the Boston area.

There was once a controversy during  5:30 p.m. broadcast on Monday, January 18, 2010, when Bouchard told what a lot of people believed to be an off-colored joke while he was giving updates on snowfall totals.

He claimed "In Princeton, we picked up 9 inches of snow, Billerica had 7. The Biggest amount that I could find..... almost as big as me". The footage went viral on the internet. WHDH had the video taken off Youtube, as it was explained as a technical error.

Peter Bouchard earns a good amount of salary, as NBC Boston pays him heavily. He is living his high standard life with his wife and three children in Boston. He has maintained a huge amount of net worth from his long journalism career.