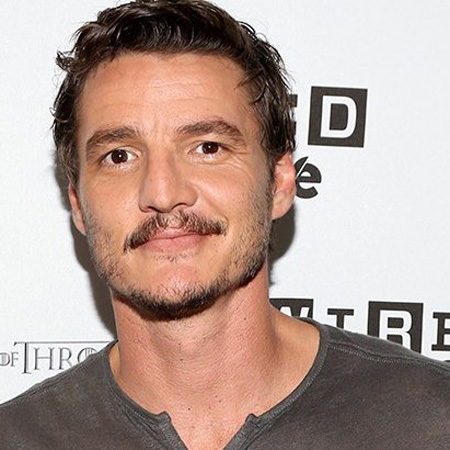 Jose Pedro Balmaceda Pascal is popularly known as the Pedro Pascal. He is a Chilean-American actor, best known for his role as Oberyn Martell in the fourth season of the HBO series, Game of Thrones and as Javier Pena in the Netflix series, Narcos.

Pedro Pascal was born José Pedro Balmaceda Pascal on April 2, 1975, in Santigo, Chile. As their parents were Allende supporters, they were involved in the opposition movement against the military dictatorship during his birth time. So, soon after his birth, the Pascal family was granted political asylum in Denmark.

Pedro was raised in Orange County, California, and San Antonio, Texas along with his brother, Lucas Balmaceda who is also an actor in Chile. He can fluently speak Spanish.

Pascal was interested in swimming during his early days, and at the age of 11, he took part in the state championships in Texas, but due to his drama class, he immediately stopped competitive swimming.

Pedro had worked on several series before he was cast in Game of Thrones. The series, he has appeared on includes;  Buffy the Vampire Slayer, The Good Wife, Homeland, The Mentalist, Graceland, and Law & Order: Criminal Intent. Even he was cast in the pilot for the 2011 Wonder Woman television adaptation, but due to some reason, the show never went on air.

In 2013, he was offered with Oberyn Martell character for the fourth season of the HBO series, Game of Thrones which helped him to gain name and fame. In an interview, he stated that he was a huge fan of GOT before he was cast and always wished to be part of it.

In 2015, Pascal appeared in the Netflix original show, Narcos where he portrays the role of U.S. DEA agent, Javier Peña, the same year his movie, Bloodsucking Bastards also released.

Despite acting, he is involved in direction too. He receives the Angeles Drama Critics Circle Award and Garland Award for his role in the International City Theater production of Orphans. In April 2015, Pascal co-starred along with Heidi Klum in Sia's music video "Fire Meet Gasoline."

Pedro has earned massive popularity in a short period of his career. With that, he succeeds to maintain a quite impressive net worth of $2 million. He was paid $166,667 for his role in Narcos.

Pedro Pascal is possibly single at the moment, but once, he was linked up with his GOT co-star, Lena Heady. The duo was often spotted together at public events and that made people assume, they are in a romantic relationship.

However, the pair denied this linking rumor as fake news and considered one another as BFF. Pedro clarified the rumors stating himself as Bachelor and expressed his willingness to date someone who is made for him.