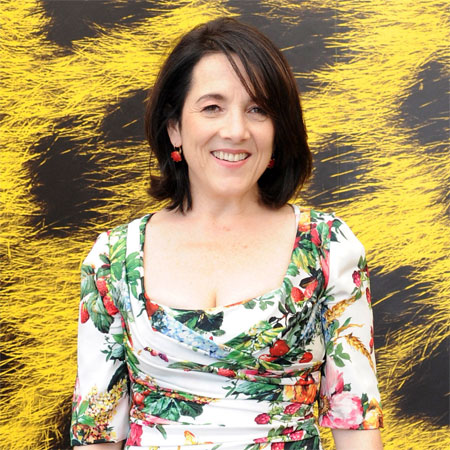 Pali García is a Chilean actress, theatre director as well as a playwright, known for portraying various roles in the movies, Chahimba, Tres Noches de un Sabado, Gloria, and Casa de remoliendra. She is the winner of some popular awards including Platino, APES, Altazor, & Festival de Cinema de Gramado.

García is happily married to Gonzalo Salamanca with whom she shares two children named, Maria Gracia Salamanca and Camilo Salamanca.

Pali García was born as Pali García Alfonso on 27th November 1960 in Santigo, Chile. She belongs to White ethnicity/race & holds a Chilean nationality.

García went to the Pontifical Catholic University and learned acting. From there she completed her education with a degree in theatre arts & later earned a diploma in theatre direction and writing.

Before making an onscreen appearance, Pali García made her debut at Catholic University’s Theatre in 1983. As well as, she worked in Donde estara la Jeanette? and earned an APES Award in best actress category.

García appeared in the TV series, Los titeres as Adriana Godan. Afterward, she consecutively portrayed various roles in some movies and TV series.

García gained a considerable appreciation from her fans; appearing in the popular TV series, Narcos as Hermilda Gaviria, along with Luis Guzman, Wagner Moura, Andre Mattos, Pedro Pascal, and many others.

Currently, García has appeared in the movie named, The Desert Bride and besides that, she was involved in other acting works as well.

Before Gonzalo, she married to Juan Carlos Zagal. However, their relationship did not last for a long time and ended with divorce.

Currently, García lives happily with her husband & two adorable children. Similarly, they have maintained their relationship stable as till the date there is no any sign of their separation.

As an established actress, Pali García was able to collect a decent amount of money from her acting professions. As of now, she has played in various movies and TV series and also won numerous awards.

As of 2017, García‘s net worth is under review but seeing her personality; she must have a net worth in six figures.