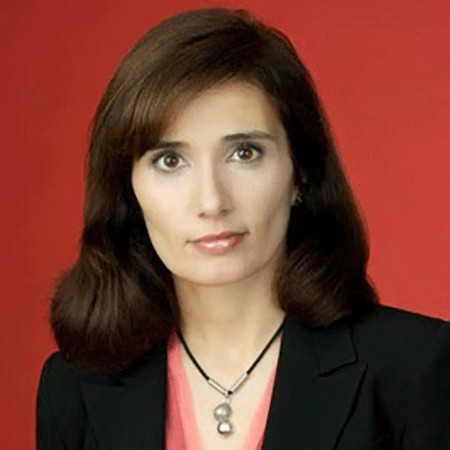 Paula Newton is an international correspondent for CNN and CNN International based in Ottawa covering stories in Canada since 2007. She was born 1968 in Hamilton, Ontario Newton. Before joining CNN, she was affiliated with a Canadian network CTV starting from 1993 till 2005. At CTV, she had an experience of working in various positions.

Paula Newton is a well educated CNN journalist. She did her graduation in Journalism & Political Science from Carleton University, Ottawa. Furthermore, she holds a double degree in Business and journalism. She is fluent in languages like English, French, and Italian, and also has a conversational Russian and Spanish language skills.

Before joining CTV, Paula Newton worked for two years as an anchor and reporter at CHCH Television in Toronto. She has also worked for Atlantic Television News for about two years in the beginning of her journalism career. In her starting days, she worked for Independent Satellite News in its Ottawa Bureau in 1986 in the post of the parliamentary producer.

Paula Newton joined CNN in 2005 after spending 12 long years with the Canadian broadcaster CTV. She attended a high ranked journalist's position in CTV network where she worked as Moscow Bureau Chief and National Affairs Correspondent in Ottawa. In her CTV days, she also worked as Atlantic Affairs reporter in Halifax and Quebec Affairs Correspondent as well. She was later shifted to Montreal bureau where she occasionally anchored some of CTV's flagship news shows.

Paula Newton has achieved a good reputation in the field of journalism for her efforts to deliver correct and unbiased news to the general public. She was seen in many roles in different broadcast media and some of her most remarkable roles in American and Canadian journalism world includes producer for Independent Satellite News starting from 1986 to 1989 in Ottawa, Ontario.

Paula Newton also has an experience of working as a reporter for CHCH-TV from 1989 to1991, Hamilton, Ontario. She, before joining CNN, was a reporter for Atlantic Television System starting from early 1991 to 1993 in its Halifax, Nova Scotia.

Paula Newton was hired as a Moscow bureau chief for CTV and was also seen in various anchoring jobs for different networks and some of the honorable mentions include Anchor on Canada AM, Anchor on Question Period on CTV. Moreover, she was featured for the CTV's famous program Newsnet as an anchor as well.

Social life and net worth

Not much has been outed to the media about her personal life, marital status, and children but Paula Newton is a well-known humanitarian who is known for her contributions for outing the brutal organ selling issue to American people.

Paula Newton's salary and net worth are yet to be disclosed by the journalist but she is reported to earn a huge amount of salary from CNN and holds a staggering net worth of around U.S $ 20 million.