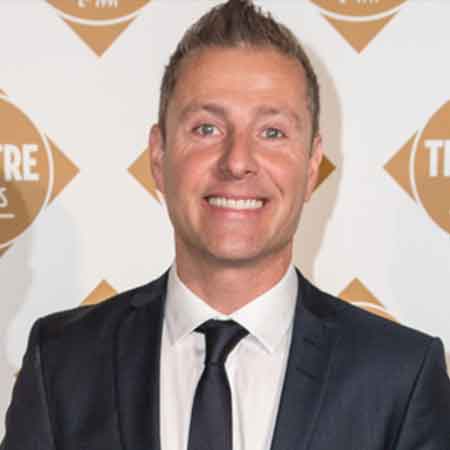 British comedian and ventriloquist, Paul Zerdin is the winner of the 10th season of America’s Got Talent. He is mostly known for his appearances in The Convention Crasher (2007), The World Stands Up (2004) and The Royal Variety Performance (2009).

Paul Zerdin was born on 21st August 1972 in London, UK under the birth sign Leo. His mother worked as a presenter on Radio 2, whereas his father was a BBC World Service Provider.

He was weak in studies since childhood and was more interested in drama and comedy.

“I wasn’t interested in school work, apart from English and drama. My reports always said things like, ‘He has the ability but he’s lazy… must try harder’.”

Having failed his GCSEs, Zerdin than started working in a magic shop following his heart. He also started learning them by reading the book and practicing in front of the mirror. He then discovered ventriloquy after reading one of the Ray Alan’s books titled how-to book, Gottle o’ Geer.

“I’d seen other books on being a ventriloquist and they all made it sound really hard, but Alan’s book said it was mostly a question of practice."

In 1982, Zerdin started attending Puppet Theater and appeared in several shows. He also practiced speaking without moving lips in a different voice.

Ahead of tomorrow’s opening night, take a look at these sneaky peaks  #Panto #London #DickWhittington

Zerdin made his TV debut on the BBC’s Tricky Business as a magician. In 1996, he won The Big Talent Show with more than 100,000 votes. 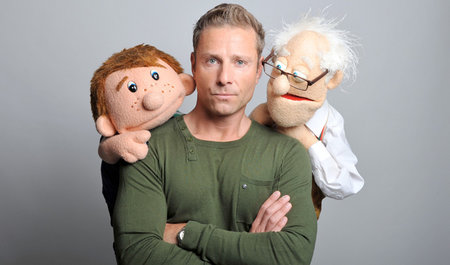 Moreover, Zerdin made his guest appearances in 2017 American television game show, Who Wants to Be a Millionaire. The same year, he also performed in a stage show, Paul Zerdin All Mouth in UK Tour, and Dick Whittington as Idle Jack in The London Palladium.

Moreover, he also won a 10-week headline show at the Planet Hollywood Resort and Casino on the Las Vegas Strip.

As of 2018, aged 45, Paul Zerdin is in a relationship with girlfriend Robyn Mellor for a long time. The couple often shares several photos on their Instagram.

Great Night being part of winning an Olivier Award! Thank you Nick, Michael & the Qdos Team! Such a great company to be a part of. #olivierawards2018 #winner #ventriloquist #panto #show #palladium

Zerdin lives a low-key life and nothing much is revealed about his personal life.

After winning America's Got Talent, Zerdin was accused by Ronn Lucas and David Strassman of stealing their acts and presenting it as original on AGT. He was said to have fooled the Judges.

Since Zerdin never claimed that he invented those tricks and many other professionals also use the same tricks to their acts that cannot be termed as stealing.