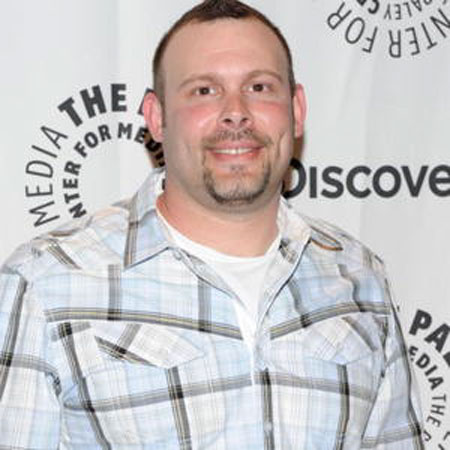 Paul Teutul Jr. was one of the stars of the American reality television series, American Chopper. He is also known as the chief designer and fabricator of OCC. He was head of the rail shop at Orange County Ironworks.

Paul Teutul Jr. was born as Paul Michael Teutel Jr. on 2nd October 1974, in the United States of America. He is of White ethnicity and holds American nationality. He is the son born to Paul Teutul Sr.

He has two brothers, Michael Teutul and Daniel Teutul, and a sister named Cristin Teutul.

Teutul was head of the rail shop at Orange County Ironworks. He is the owner of Paul Jr. Designs, which produces custom motorcycles and branded clothes.

Teutel along with his father and brother came into limelight when Orange County Choppers became the focus of a reality television series, American Chopper on Discovery Channel in 2002.

Teutel opened his self-design firm Paul Jr. Designs, and in the same year, he designed a dog park in Montgomery, New York. He first design product was a 'facelift'' for Coleman's 10th anniversary 'Roadtrip Grill', in 2010.

In 2010, it was reported by TMZ that, Paul Jr. planned to begin his own motorcycles business to go head-to-head against OCC. The report also stated that Paul Jr. is bringing on several former OCC employees, including, Vinnie DiMartino, Michael Teutul, Robert Collard, and Joe Puliafico.

After waiting for a year, Teutel started manufacturing motorcycles at PJD, which is also featured on new series, American Chopper # Senior vs. Junior, aired via Discovery channel. In 2016, PJD manufactured two bikes for film Teenage Mutant Ninja Turtles: Out of the Shadows.

Paul Teutul Jr. is a married man and has a son. He married Rachael Biester on 20 August 2010. They were on the TLC show Say Yes to the Dress during that time. Since their marriage, the couple is having a happy life together and shares a child together, a son named Hudson Seven Teutul.

Teutel has a fascinating love for spider webs, Teutul Jr. believes spider webs are very beautiful and most of them are in negative shapes.

Paul Teutul Jr earns a huge amount of money from his business as a building custom bike. His company PJD charges $400,000 normally to custom a bike with service and staff travel cost.

Teutel also generates a high amount of money from designing homes. As of 2017, his total net worth is estimated to be $10 million.

Teutel's father, Paul Teutul Sr has a total net worth of $20 million. He is also popular for his vintage car collection from 1940-1960s. He also has a various range of Corvette, each worth $79,000.

Teutel has more than 20 vintage cars from 1940s' 50s. Recently, he has listed his luxury mansion in Montogomery, New York for $2.9 million. The house is built on the 38-acre property, including, pool house, hot tub, volleyball court, gazebo, and water features.