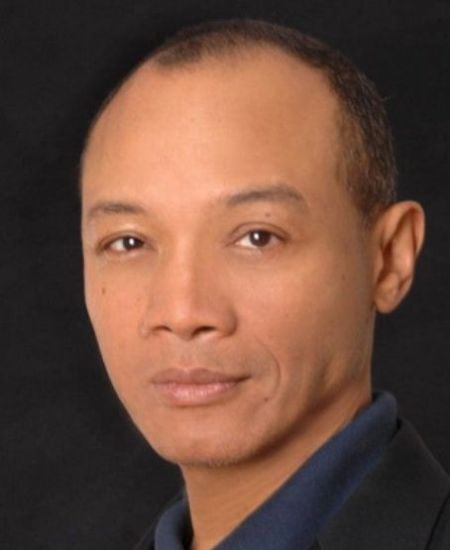 Paul Calderón is a Puerto Rico-born American stage and screen actor most known for his movie roles in King of New York, Pulp Fiction, and The Last Castle; and his TV roles in Miami Vice, Law & Order, Boardwalk Empire, Fear the Walking Dead, and Bosch.

Paul Calderón was born in 1959 in Puerto Rico, to an Afro-Caribbean father and a Puerto Rican mother. He is either 60 or 61 years old.

His family immigrated to the United States when he was six and settled in New York City, where they lived on the Lower East Side and Spanish Harlem. After a brief spell in university, Calderón enlisted in the US Army.

After being discharged from military service, Calderón backpacked his way through South America and Mexico as a hobby and a student of anthropology.

After backpacking through Peru, Brazil, and Mexico, Calderón returned to America and began studying and performing in off-off-Broadway plays. He made his breakthrough performance in the revival of the play, Short Eyes, at the Second Stage Theatre in Manhattan.

He starred opposite Robert de Niro in the Broadway production of Cuba and His Teddy Bear and is a founding member of such theatre companies as the Touchstone Theatre in Vancouver, BC, the American Folk Theatre, and the LAByrinth Theater Company.

On the big screens, Calderón has had several high-profile roles in movies like Tenement, Sticky Fingers, Sea of Love, King of New York, Pulp Fiction, Sweet Nothing, The Last Castle, The Sentinel, West End, Welcome to New York, and The Strike.

He has also had notable television roles in shows such as One Life to Live, Miami Vice, The Equalizer, New York Undercover, Law & Order, Hostages, Water with Lemon, Boardwalk Empire, Fear the Walking Dead, and Bosch.

Paul Calderón has been married for nearly forty-five years to his wife, Catherine E Salsich. They married sometime in 1986 and have been together ever since.

They have two children together.

Based on reports by several online sources, Paul Calderón is estimated to have a net worth of somewhere between $1 million and $3 million. His wealth comes from his decades-long career as a film and television actor. Since making his debut in 1984, Calderón has been credited in nearly a hundred films and television shows including such movies as  King of New York, Pulp Fiction, and The Last Castle. On television, he is most known for his roles in shows like Miami Vice, Law & Order, Boardwalk Empire, Fear the Walking Dead, and Bosch.