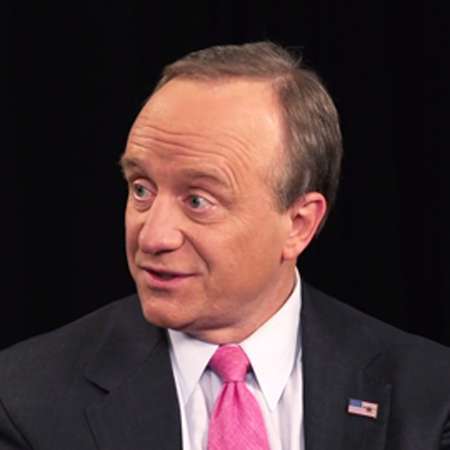 Paul Begala was born on May 12, 1961, in New Jersy, Unites States. His father, David Begala was a Hungarian-American and his mother, Margaret was Irish American. He was raised by his parents in Missouri City, Texas. His ethnicity is white and he follows Roman Catholicism religion. He was born in May so his birth sign is Taurus.

Paul Begala attended Dulles High School for his primary education which was in Texas. He attended the University of Texas and earned Bachelor of Arts and Juris Doctor. He was a candidate for student government president while studying at the University of Texas and won the election as well. Paul Begala along with his business partner James Carville, helped Clinton win the presidential election in 1992. He played a vital role in the election as chief strategist for the Clinton- Gore campaign. He is the political commentator and professor at Georgetown University’s Public Policy Institute. In 1990, he was a contributor to John F. Kennedy’s political magazine called George.  With his excellent political views and concept, he was recognized by all people in the world. He co-hosted the political debate show called Equal Time along with Oliver North on MSNBC channel in the year 2000. From 2002 to 2005, he co-hosted the famous political show Crossfire on CNN channel along with Carville, who acted as left-wing host. And the right-wing host was alternated between Tucker Carlson and Robert Novak. The show was able to gain people’s attention towards political matter and helped citizens to gain information as well. In 2008, during the presidential primaries he was an early supporter of Hillary Clinton. But unfortunately she dropped out of the race and he became a supporter of Barack Obama. Paul played an important role in the success of the president Barack Obama.

Paul Begala appeared on the show Wait Wait … Don’t Tell Me! For playing the game Not My Job where he proved his talent by answering two out of three questions correctly. He was once the political advisor in the service of mortgage lender Freddie Mac.Beside, being a political consultant and political commentator he was also the author and co-author of many best-selling political books. He mentioned his political views and ideas in his books that were loved by many people. He was the author of three books, Is Our Children Learning which was the case against George W. Bush, the second book, It’s Still the Economy, Stupid and the third book called Third Term: Why George W. Bush. Paul Begala is currently busy in his political works passing political ideas and advice through a different source.

Paul Begala is known to be a hitched man. He has been hitched once and has been living joyfully with his significant other with no any issues seen among them since 1989.He married Diane Friday and is extremely true to his connection with her since he had met her. The couple is honored with four children. Two of their child's subtle elements are kept out of media. The family right now lives in Virginia. Paul and his wife has incredible holding and shared comprehension among each other so there is no point on their separation.

Paul Begala is a successful political commentator and advisor who earns huge amount of salary. He has managed to make his net worth of $3 million in 2016 and with no doubt, it will increase in coming years.