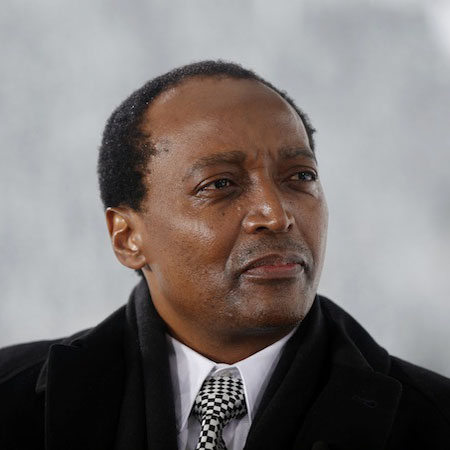 Patrice Tlhopane Motsepe is a South African mining magnate. He is known as the executive chairman and founder of African Rainbow Minerals, which mines ferrous metals, gold, base metals, and platinum.

Patrice Tlhopane Motsepe was born on 28 Jan 1962 in Soweto, South Africa. He was born to mother; Key Motsepe and father; Augustine Motsepe, who owned a Spaza shop popular among Black mine workers.

He completed his bachelors of arts at the Universty of Swaziland and gained a law degree from the University of Witwatersrand. Motsepe became the first black partner in the law firm Bowman Gilfillan in 1994, same year Nelson Mandela became the country's first black president.

He improvised in mining and law business when the new government had started the process of promoting black empowerment and entrepreneurship.

Patrice Motsepe founded Future Mining, a company that deals with mining services, which included the cleaning of gold dust inside from mone shafts.

When the price of gold was decreasing in 1997, Motsepe purchased marginal gold mines from AngloGold under financial terms. Motsepe purchased mine shafts worth $7.7 million allowing him to repay the debt out of the future earnings of the company now called African Rainbow Minerals.

In 1999, he collaborated with two of his associates to form Greene and Partners Investments. Motsepe achieved South Africa's Best Entrepreneur Award in 2002, and in 2004, he was voted as 39th SABC3's Great South Africans.

Currently, he serves as the interim chairman of the Black Business Council and is a founding member and former president of one of South Africa's most influential business advocacy and lobby group Business Unity SA.

Patrice's net worth is $2.4 billion, as of 2017. He earns a huge amount of money from his successful mining business. He was also listed as South Africa's richest man topping the Sunday Times' annual Rich List.

In 2014, Motsepe owned a house in Cape Town's Suburbs. The house is worth $1.06 million with swimming pools and bog gardens.

He has also donated half of his assets to rural development projects in Africa and to health and education-related charities. In 2003, Motsepe owned a football club called Mamelodi Sundowns. As of 2017, his total net worth is estimated to be $1.87 billion.

Patrice Motsepe is a married man. He married Dr. Precious Moloi and shares three children together. All of their children are sons, Kabelo Motsepe, Kgosi Motsepe, and Thlopie Motsepe.

Currently, Motsepe is living a happy life with his wife and children in Johannesburg. There is no sign of any divorce between them.