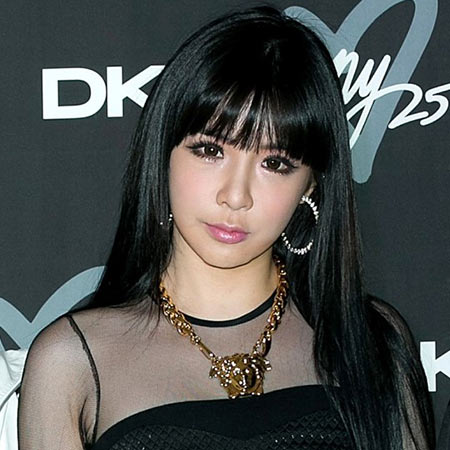 The hip hop artist Park Bom is a South Korean singer who is mostly recognized throughout the world as Park. She is the member of the South Korean girl group called 2NE1 along with Sandara Park, Minzy, and CL after retiring from YG Entertainment.

Park Bom was born on March 24, 1984, in Seoul, South Korea. She was raised up with her elder sister named Park Go-Eun who is a cellist. After that, she moved to the United States from Korea when she was in sixth grade and started her further study.

She holds South Korean nationality and belongs to Asian ethnicity.

Park Bom accomplished schooling from Gould Academy in Bethel, Maine. She then attended Lesley University in Cambridge, Ma s sachusetts and majored in psychology. As a college student, Park was actively engaged in music and was inspired by American singer-songwriter Mariah Carey, whom she also admires as the biggest music influence for her.

At this time, Park Bom even wanted to pursue her professional career as a singer, Park’s parents didn’t agree with her. She eventually transferred to Berklee College of Music due to her aunt’s encouragement.

Park Bom later came back to Korea and pursue a musical career.

Park Bom selected as the main vocalist of 2NE1 alongside CL, Minzy, and Sandara Park as well. On May 17, 2009, the group released the song called Lollipop and collaborated with label-mates Big Bangs.

The group gained more public attention with the number-one single I Don’t Care from their first extended play, 2NE1. Moreover, the group also won the Song of the Year award at the 2009 Mnet Asian Music Awards for that song.

Park Bom is an unmarried and is may be busy with her music career. However, she was spotted at a restaurant with a mysterious guy. A Chinese fan also posted pictures of Park Bom on Twitter on August 11, 2016, with the man. These photos quickly spread across the internet.

In 2010, Park Bom was stopped at the Incheon International Airport and was under investigation for smuggling 80 amphetamine tablets through international emails. However, she wasn’t charged for anything.

According to Yang Hyun Suk, Park Bom had dreams of becoming a soccer player. During once soccer match, she saw the death of a teammate on the field and she fell in a slump with an extreme depression and injury.

After that, Park Bom wasn’t able to continue her soccer. Besides, she is also an avid lover of dogs who has many dogs and other many small animals.

Park Bom was also on news several times for her surgery issues. As we look at Park's pictures from before and now, we definitely can see the differences. But nobody was that shocked or surprised about Park's surgery as it is common in the Asian Nation.

Park Bom has an appraised net worth of around $20 million, which she incurred from her singing career. She stands at the height of 5 feet 5 inches and her weight is 52 kg.