Park Bo-gum is a South Korean actor and singer most known for his diverse roles in South Korean television shows like Wonderful Days, Hello Monster, Reply 1988, Encounter, and Record of Youth. He also released his debut studio album, "Blue Bird", in 2020.

How Old is Park Bo-gum? What is his Height?

He attended Seoul Mokdong Middle School and was a varsity swimmer. Outside of school. Bo-gum was a choir singer and pianist at the local church. He went on to attend Myongji University and pursued a degree in musical theatre.

Park Bo-gum signed with the talent agency, Sidus HQ, and made his on-screen debut in the 2011 thriller Blind. He made his television debut in the fantasy action series Hero.

He signed with Blossom Entertainment in 2012 and featured as a younger version of the lead character in the 2012 action-comedy Runway Cop.

On television, he went on to feature as Hyeon-soo on Drama Special and Han Min-kyu on Bridal Mask, after which he landed his first major role as Go Young-joon in the family comedy-drama series Wonderful Mama.

He played Police Officer Lee in the 2014 action-thriller A Hard Day and featured in the South Korean box-office hit The Admiral: Roaring Currents.

After featuring as a young Kang Dong-seok in the South Korean melodrama Wonderful Days and as Lee Yoon-hoo in the coming-of-age musical drama Cantabile Tomorrow, Bo-gum wowed audiences with his turn as the psychopathic lawyer Jung Sun-ho in the crime-thriller series Hello Monster.

He starred as Choi Taek in the third installment of the family drama series Reply, 2015's Reply 1888. The following year, he starred as Lee Yeong in the South Korean historical drama series Moonlight Drawn by Clouds. 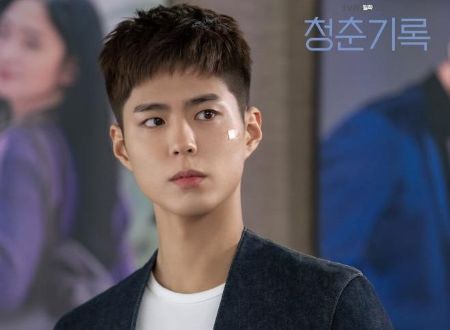 From 2018 to 2019, he starred as Kim Jin-hyuk opposite Song Hye-kyo in the South Korean melodrama Encounter. Most recently, he starred as an aspiring model, Sa Hye-jun, in the drama series Record of Youth.

Besides his acting career, Park Bo-Gum is also a singer-songwriter and released his debut studio album "Blue Bird" in March 2020 featuring singles like "Bloomin" and "All My Love".

Estimated to Have a Net Worth of $2 Million

As of October 2020, Park Bo-gum is estimated to hold a net worth of around $2 million. The 27-year-old's primary source of income is his acting career with his budding musical career supplementing his income into the seven figures.

As an actor, his wealth comes from his salary as a film and television actor, appearances on the media, social media presence. On the other hand, his wealth as a musician comes from record sales, contract money from record labels, touring, and merchandise sales.