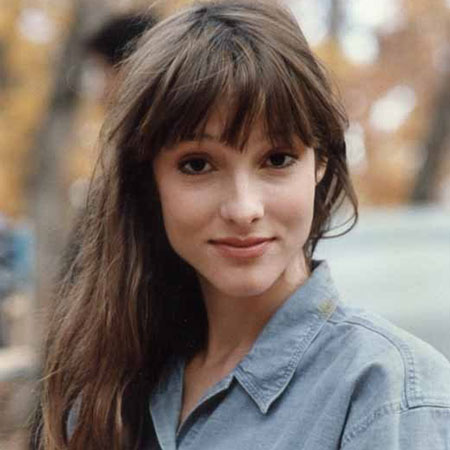 Pamela Colleen Springsteen is an actress and still photographer, born on February 8, 1962, in Freehold Township, New Jersey, US. Her parents are Adele Ann and Douglas Frederick Springsteen, who are a legal secretary and a bus driver, respectively. She has two siblings - sister Virginia Springsteen Shave and a rockstar brother Bruce Springsteen, Pamela is American by nationality and a mixed ethnicity of Italian (mother) and Irish-dutch (father).

Pamela Springsteen began her acting career in the year 1982 by appearing as a cheerleader in Amy Heckerling’s Fast Times at Ridgemont High. In 1984, she played her second role again as a cheerleader in romantic drama film Reckless. Since then, she appeared in various films including Modern Girls and Scenes from the Goldmine.

Pamela Springsteen played a lead role as Angela Baker, a psychotic serial killer in the horror film Sleepaway Camp II: Unhappy Camper, in 1988. The film was a low budget and other stars were Renée Estevez, Susan Marie Snyder, Valerie Hartman, Tony Higgins, Brian Patrick Clarke, and Walter Gotell. Later in 1989, she again appeared in Sleepaway Camp III: Teenage Wasteland, for which she caught the eyes of many horror movie fans for her performance.

Pamela Springsteen, as a photographer, has served both music and film industry. In her brother’s album Lucky Town, Pamela was credited for photographic and also photographed a number of his record singles and for advertisement as well. In Bruce’s music video The Ghost of Tom Joad,

Pamela Springsteen's other works in films as a still photographer includes Manhood, Jack the Dog and Berkeley. She was also a part of television films like The Price of Broken Heart and Dancing Moon and lastly The Making of the Crying Game, a documentary film. She also served as a photo consultant on the TV series The Devil’s Child.

Pamela Springsteen was the director of the music video of Kim Richey's 'Those Words We Said'. Her unique style of photography has attracted many high profile celebrities, including Dolly Parton, Courtney Thorne-smith, Tom Hanks, Olivia Newton- John, Jaclyn Smith and Calista Flockhart.

Pamela Springsteen was once engaged to her co-star in Fast Time at Ridgemont High, Sean Penn but the engagement didn't turn to a marriage.