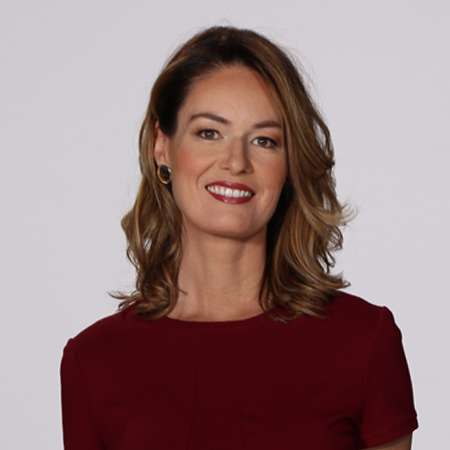 Pamela Ritchie is an experienced financial reporter who is skilled at hosting live, breaking news, fast-paced programs. She is a business journalist and news anchor, currently working at Bloomberg TV as an anchor. Previously, she used to work at Canada’s Business News Network’s ‘The Street as a co-anchor. She is a well-educated, experienced, and well-connected astute financial reporter. Similarly, Pamela has also produced and hosted several programs such as ‘Pamela Ritchie’s World in Focus and ‘The Business Tonight’.

Pamela Ritchie has earned a bachelor’s degree from King’s College and holds an M.A in Middle East Politics. Prior to joining BNN, she has anchored for Dubai’s Evening Business News on the Arabian Radio Network U.A.E, Dubai Eye Radio, 103.5 FM. Likewise, Ritchie has also hosted and produced numerous programs including ‘The Business Tonight’ and ‘Pamela Ritchie’s World in Focus before joining BNN.

Pamela Ritchie joined BNN in 2009, and later, she was proved to be the best anchor for BNN program where every day she talked to the biggest names in the business, such industry titans as the legendary Cisco CEO John Chambers, Canadian business magnate, Jim Pattison, Twitter co-founder and interim CEO, Jack Dorsey, and much bigger names. Similarly, from the political sphere, Pamela has sat down with the late Finance Minister, Jim Flaherty, and Eurasia Group’s Ian Bremmer, former PM Paul Martin, among many others.

With access to so many of the world’s top lawmakers and leaders and a particular interest in The Middle East, Pamela Ritchie has unique perspectives on today’s economy and also its impact on the markets. Similarly, she has also delivered BNN’s expert coverage on the healthcare and pharmaceutical sectors

After BNN, Pamela Ritchie joined Bloomberg TV as an anchor. She currently anchors the show named ‘The Daily Brief’. The show takes a depth look at the day’s market action and also how investors are reacting to the biggest headlines making the news. Anchored by talented, respected, and trusted business news journalist Pamela, the show speaks to money managers, analysts, CEO’s and political movers to provide an inside perspective on the most important stories in Financial markets.

Pamela Ritchie is a happily married person and also has a lovely husband. However, the information of her husband has not been disclosed by her. Though being a successful media person, she has to choose to live her personal life away from the limelight, which is why her personal life is a mystery to the world.

The exact figure of salary and net worth of Pamela Ritchie has not been disclosed, but considering her successful career, we can assume that she must have earned a considerable amount of net worth.