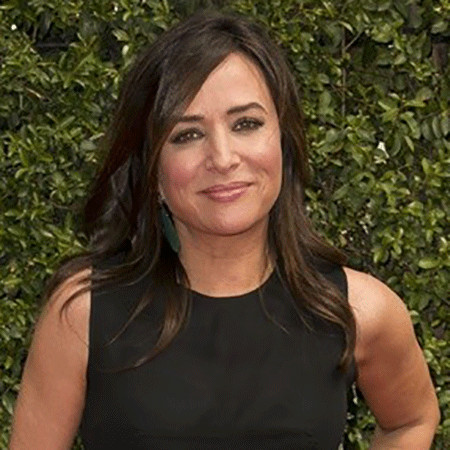 Pamela Adlon is an American actress, voice actress, screenwriter as well as producer, known for voicing Bobby Hill on American animated sitcom, King of the Hill and won the Emmy Award.

Pamela Adlon was born as Pamela Fionna Adlon on July 9, 1966, in New York City, New York, United States of America. She belongs to white ethnicity and holds an American nationality.

Pamela is the daughter of Boston, Massachusetts father, Donald "Don" Maxwell Segall who is a TV comedy writer-producer and the author of comic books as well as science fiction pulp novels and English mother, Marina L. Segall.

Pamela joined the Sarah Lawrence College for her semester study, and she was also pursuing acting at the same time. She was not much interested in her education, and during her school time mostly she used to visit the radio station of her father in most of her time.

During the radio visit, she used to work with her voice in the early time that helped her to build up the confidence in her professional workings.

Pamela Adlon began her acting career as a child actress. She debuted with the movie, Grease 2 in 1982. The next year, she appeared in the American TV series, The Facts of Life as Kelly Affinado from 1983 to 1984.

Adlon began her voice acting career and breakthrough role came after she voiced on the animated TV show King of the Hill and won the Emmy Award for Outstanding Voice-Over Performance in 2002.

In 2016, she was a co-star in the FX comedy television series known as Better Thing and she co-created it with Louis C-K.

Pamela Adlon, age 51, married her longtime boyfriend, Felix O. Adlon who is a writer, producer, and director. They began dating since her school days.

Pamela and her husband Felix O have three daughters together. But unfortunately, they announced their separation in 2010 and after a few months later they got divorced.

Pamela now claims that she is busy with strengthening her professional career and having a high bit of it. Pamela trademark is her deep raspy voice, and she mostly does with the voices of tomboys and young boys.

Pamela Adlon earns huge amount of net worth from her brilliant career; He current net worth is around $ 16 million. Her movie Tinker Bell and the Great Fairy Rescue grossed $65 million worldwide.