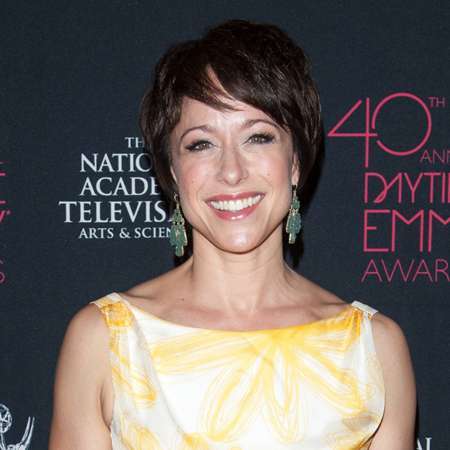 Mindy Paige Davis popularly billed as Paige Davis is an American actress who is best known as a host of the show Home and Family on Hallmark Channel alongside Mark Steines. She was born on 15th October 1969 in Philadelphia, Pennsylvania. Davis spent a lot of her childhood years in Prairie Sun, Wisconsin. When she at the age of 13, she found her mother’s copy of the West side story cast recording. Coming across the music from the celebrated Broadway show, she fell in love with songs and ideas of becoming a performer.

Davis went to Charles H. Bird Elementary School in Sun Prairie, Wisconsin and graduated from the Louisville Youth Performing Arts School. She graduated her bachelor from Meadows School of the Arts at Southern Methodist University in Dallas, Texas. After the graduation, she moved to Los Angeles to officially begin her career. She started doing videos, commercials and even toured with The Beach boys, all the while continuing to train in theater and voice.

It was Paige’s two and half year stint in the national touring company for the Broadway show “Beauty and the Beast” that gave her opportunity to fulfill her dream of performing in musical theater. In 2001, she began working as the host of the TLC cable-TV network’s redecorating television series Trading Spaces, replacing Alex Mcleod. After Davis join the show, a number of viewers of the show rapidly increased and with no time the show became one of the most popular shows on regular cable which made Davis a star.

After fulfilling her hosting duties she made other television appearances such as a guest judge on the Food Network’s Iron Chef America in Battle Egg. She was also a contestant on the summer 2006 CBS television series Gameshow Marathon. On January 24, 2008, she also appeared on The Ellen DeGeneres Show. She also joined as host in the home improvement series Home Made Simple. Along with that, she has also done several theater shows including musical Chicago, Gloria, Senga Quinn and so on.

Discussing her personal life, she got married to Patrick Page on 1st May 1994 who was an actor by profession. However, their married life ended when a couple decided to separate and got divorced on 25th 0ctober 2001. Davis again married with a stage actor Patrick Page on 27th October. She met her husband Patrick Page while traveling with the stage show of Disney’s Beauty and the Beast. Their wedding was featured on TLC’s A Wedding Story. She doesn’t have any children she said that she and her husband have decided to not have any kids.

She is very talented and natural host as well as an actress. Her bold and dashing personality has always been appreciated by her fans. Though her net worth and salary is officially unavailable she surely has a huge amount of net worth because of her successful career. She is also very active on social networking sites such as Facebook, Instagram, and Twitter. For detailed information about Paige, one can go through her biography on sites like wiki and IMDb.