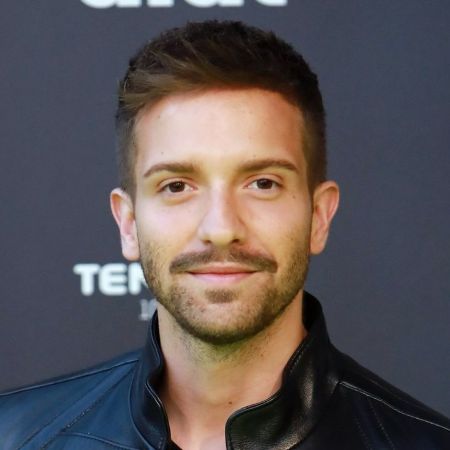 How Old is Pablo Alborán? Where was he Born?

The 31-year-old was born and raised in Málaga, Málaga, Andalucía, Spain.

Pablo picked up a musical interest while he was still a child and by age 12, composed full-fledged songs that would be on his records.

He released his debut studio album, the self-titled "Pablo Alborán", released on January 28, 2011, debuting at #1 on Spanish music charts. By the end of the year, the album was the best-selling album in Spanish of the year.

He went on to release three more studio albums: 2012's "Tanto", 2014's "Terral", and 2017's "Prometo" -- all of which have peaked at #1 on Spanish Music Album charts and each has been certified platinum multiple times in Spain.

On June 17, 2020, Pablo came out as gay with a video on his Instagram. In the three-minute-long Instagram video, Pablo said, among other things:

“Today, I want my voice to be louder and for it to have more value and weight. I’m here to tell you that I am homosexual and it’s okay. Life goes on, everything will remain the same, but I’m going to be a little happier than I already am.”

As of September 2020, Pablo Alborán is reported to have a net worth of $10 million. The primary source of his income is his career as a singer, songwriter, and musician.

Alborán is a Grammy Award-nominated artist who has released four studio albums, all of which have been certified multi-platinum in Spain. Additionally, he also has two live albums and an EP to his name. He has also released over two dozen singles which have received extensive air-time on Spanish music charts.