Owen Harn, an American-born actor amazes fans with his natural blend with the character he portrays, which indeed marked him among prominent acting figures. After training at The Performers Studio Workshop, Harn made on-screen at the age of 28 & is better known for playing Kill Face in Devious Maids (2016). Throughout his career, Harn worked in the films: Homefront (2013), Max (2015) & Night School (2018).

Owen Richman Harn was born on June 4, 1981, in Silver Spring, Maryland, the United States. His nicknames are O Dawg and Gorilla. His father is a construction manager while his mother was a nurse. When he was 12, Owen's mother died & moved to Largo, Florida with his father & older brother.

An American by nationality, he has mixed ethnicity; has Spaniard, Irish and British ancestry.

The Florida-raised (future) actor Owen Harn was fond of acting since the age of 6 while at elementary school & even more, created characters & did impersonations. To hone his acting skills, he turned into theaters & improvisation after high school.

By 2009, he attended The Performers Studio Workshop in Tampa, Florida, and a year later, made his TV debut through Burn Notice (TV series) and Brock Stetson (short video). After that until the mid-2010s, the American actor worked in the TV series: The Glades, True Detective, The Walking Dead, Banshee (2015), Nashville, Rosewood & Into the Badlands. 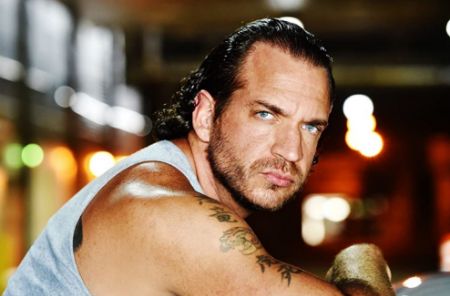 In 2016, Harn appeared as the recurring cast of Kill Face in the TV series Devious Maids (2016, 5 episodes) starring Ana Ortiz, Dania Ramirez, Roselyn Sanchez & Judy Reyes. The same year, he made a one-episode appearance in Game of Silence, Vice Principals, Quarry, and Salem.

Some of his brief TV works include Gotham, MacGyver, Lucifer, and Reprisal.

What Is Owen Harn Doing Now?

As per IMDB, Harn most recently portrayed Chandler / Slave-Catcher in the TV series The Underground Railroad (2021); it premiered on May 14, 2021. He was cast as Kyle Kingman in the series BTS: The Web Series (under post-production).

Already with a decade-long career in the acting industry, Owen records 44 acting credits and has a net worth of $1.3 million in 2021.

Without any question, the on-screen venture is the major source of Harn's income- he allegedly summed up hefty a salary in the 6-digit figure with works in Devious Maids, The Underground Railroad & BTS: The Web Series. Moreover, Owen Harn was cast in the films such as Homefront (2013), Max (2015), and Night School (2018).

Currently, he has a s sociations with agencies such as A3 Artists Agency & Stagecoach Entertainment.

The average payroll of an actor in the United States is $57,000 annually.

Relationship Status Of Owen Harn- Does He Have Wife?

An avid Instagram user (@owen_harn_officia) with over 1K followers & 407 posts in April 2021, Owen is barely shy to share his love life with his fans via social media. Currently, Harn is in a relationship with girlfriend-turned-wife Andrea Preisler, though the exact report on their wedding is yet to be out.

His spouse Preiser is a 2018 graduate of Nova Southeastern University with a Master's degree in Mental Health. Currently, she is a life coach & works as a consultant for Life Adventures Counseling. 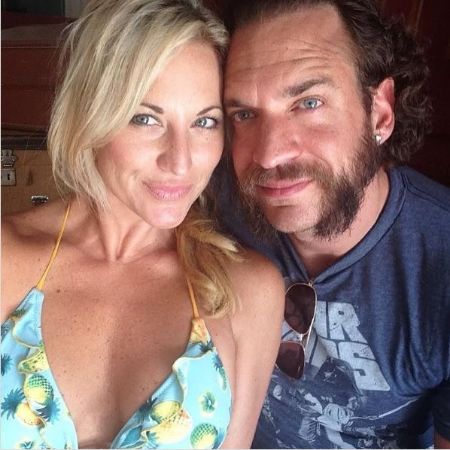 The American actor first shared a picture with Andrea on Instagram in  August 2015. Although the details on their courtship are yet to be out, they possibly were dating long before that. 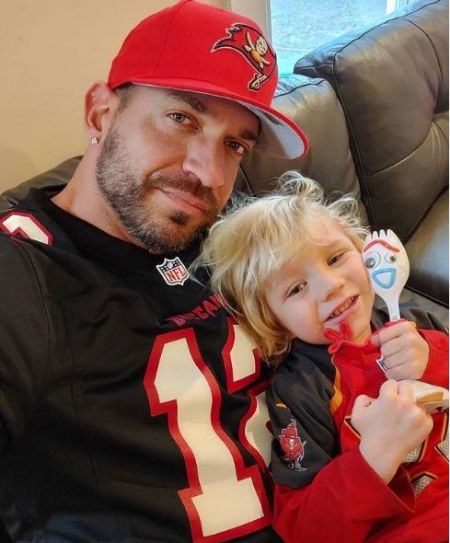 Ever since he often shares pictures with his wife (spouse) & his child on Instagram. The family lives in Los Angeles, California.