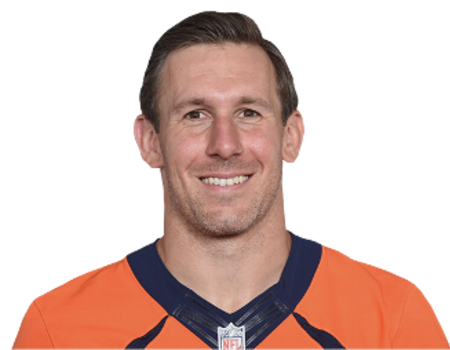 Owen Daniels is a former American football tight end who played in the NFL for the Houston Texans from 2006 to 2013, the Baltimore Ravens in 2014, and the Denver Broncos in 2015.

He started playing football in high school and led his team to an IHSA Class 6A State Championship in 1999. He was named an All-American by Prep Football Report and PrepStar. Besides that, Daniels also played basketball and ran track & field.

He continued playing football throughout his time at the University of Wisconsin–Madison, where he pursued a Bachelor's degree in atmospheric and oceanic sciences. He played for the Wisconsin Badgers, initially as a quarterback and later, as a flanker, split end, and wingback before playing his final two seasons as the tight end. 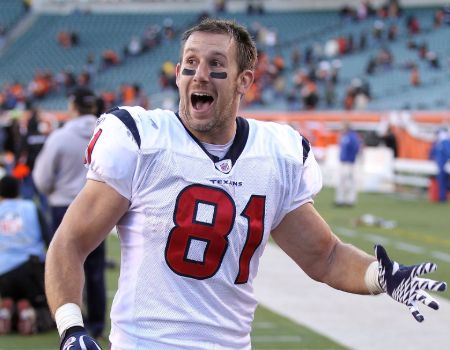 He signed a four-year extension to his contract with the Houston Texans on March 3, 2011, for a reported $22 million. Despite that, he was released by the Texans on March 11, 2014.

He signed a one-year contract with the Baltimore Ravens on April 3, 2014, for $1 million and scored four touchdowns with 48 receptions for 527 yards.

He did not re-sign with the Ravens and instead signed a three-year deal with the Denver Broncos for $12 million on March 10, 2015. After one season with the Broncos, Daniels was released on March 8, 2016, and effectively ended his career.

Is Owen Daniels Married? Does he have Children?

Owen Daniels has been married since 2013 to his partner Angela Mecca. 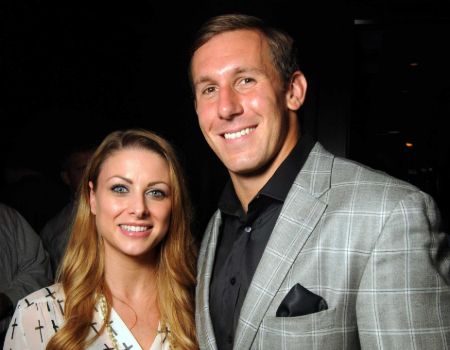 They first met at the Blondes vs. Brunettes charity football game and started dating soon thereafter. Daniels proposed to Mecca during their first vacation as a couple in Ibiza and their marriage ceremony was held in Houston, Texas.

In 2015, Daniels and his wife welcomed their first child, a son named Henry Daniels.