Due to unpredictable temper, Otto Preminger was nicknamed 'Otto the Terrible' who worked in dozens of movies from the 1930s through the 1970s. His directorial work from the delicately crafted suspense cla s sic movie Laura to the epic Exodus established him as one of the most successful directors in Hollywood of his time. He was also better known for The Man with the Golden Arm and Anatomy of a Murder. His latter project earned him his first Academy Award nomination as well.

Otto Preminger was born in Bukovina, Austro-Hungarian Empire, on 5 December 1905 into a Jewish family. He had dual citizenship, American and Austrian. As far as his ethnicity is concerned, Preminger is mixed. He is the son of Markus Preminger (father) and Josefa Preminger (mother).

Otto has a brother named Ingo Preminger, was also a film producer. Following the a s sa s sination of Archduke Franz Ferdinand, the heir presumptive to the throne of Austria-Hungary, in 1914, Otto, he with his family moved to Austria. His dad Markus started the job as a public prosecutor in Graz.

Just a year after, Markus, the decisive public prosecutor, was invited offering a distinguished position roughly equivalent to the United States Attorney General. There was a condition for him that the position would be his only if he converted to Catholicism. But, he rejected the offer.

The following year, the family relocated to Vienna. Otto was later enrolled at the University of Vienna to study law. But, he gradually developed a pa s sion for acting.

Initially, Otto Preminger briefly worked in theatrical plays and rose to stardom for his performance in the National Library where he gave a speech on Mark Antony's funeral oration from Julius Caesar; a history play.

Preminger later started appearing in direct plays. Subsequently, he also began his own companies Die Schauspielhaus and Die Komodie Theatre. For excellent directorial work in many most successful projects, Otto became one of the most famous theatre producer-directors in Europe by his late 20s.

On the heel of his early success, Preminger likewise got an offer to direct the movie Die große Liebe (The Great Love). In the year 1935, he made his way to the United States and landed the performance in the Broadway play Libel until 1936. 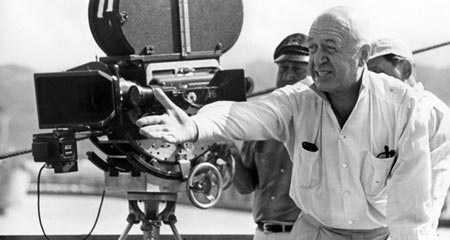 After some notable performance in Broadway, Otto embarked on his Hollywood career. He landed his breakthrough role in Irving Pichel’s The Pied Piper. He gained a staircase of success after his work as a director and producer in the 1944 movie Laura. He got his first Academy Award nomination for his work in the film.

Some of his other successful directorial works include The Man with the Golden Arm (1955) and Anatomy of a Murder (1959). In 1963, Otto was a director of the most successful movie The Cardinal that grossed over $11 million. His work in a drama set in the Vatican hierarchy garnered him second Best Director Academy Award nomination.

Otto Preminger made a considerable amount of money from his work in various fields. The exact amount of his net worth was not revealed, however, considering his decade long career his net worth was not less than $5 million, at the time of his death. Otto directed and produced the movie, Laura that collected a box office collection of around $2million worldwide. He was paid $1,500 week for the film.

Preminger previously owned a house in Sherman Oaks, in Loa Angeles, California. The house is now on the market for $2.195 million. Built-in 1925, the 4,095 square feet property features five bedrooms and 4.25 bathrooms. 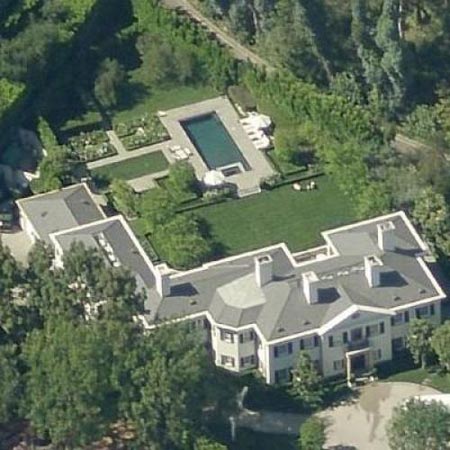 In May of 1994, he purchased a mansion for $2.225 million, in Whitley Heights, in California. As per New York Observer, the house hit the market after listing for staggering $12.5 million in 2002. It has many master bedrooms with a balcony.

Otto Preminger was married thrice. The director first married Marion Mill on 3 August 1931, in a private wedding ceremony. Even being in a marital relationship with Marion, Otto lived like a bachelor as he was in an open relationship with burlesque performer Gypsy Rose Lee.

At that time, Lee was also married to William Alexander Kirkland, late actor. Gypsy gave birth to son named Erik, on December 11, 1944, with Otto. The same year Lee and he ex-husband William seperated too.

Their son was first named Erik Lee but later his mother Gypsy started calling him Eric Kirkland who is now also known as Erik Lee Preminger.

In May 1946, Otto's first spouse Marion filed for divorce, and their divorce was finalized on 25 August 1949. Lee also went on to marry for the third time Julio de Diego in 1948. Whereas, Otto likewise started dating Natalie Draper. Their relationship also did not last long and broke up after a few years of a love affair.

Otto for the second time married Mary Gardner, on 4rth December 1951. The couple later got divorced on 10 March 1959. Hope Bryce was Otto's third wife with whom he tied the knot on 28th December 1971. The couple had two children daughter Victoria Preminger and a son Mark Preminger.

Otto Preminger died on April 23, 1986, of lung cancer, in his home on the Upper East Side of Manhattan. He was 80-year-old at the time of his death. His dead body was cremated and buried in a niche in the Azalea Room of the Velma B. Woolworth Memorial Chapel at Woodlawn Cemetery, The Bronx.