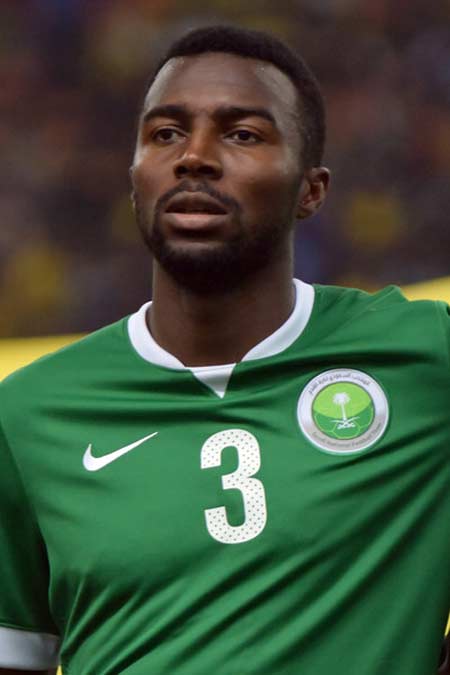 Osama Hawsawi is a Saudi Arabian professional football player who plays as a defensive center-back. He plays for Al-Hilal club and Saudi Arabia national team. In the 2018 FIFA World Cup, he serves as his team's captain.

His football career started in 2005 playing for the youth side of Al-Wahda as a center back. He played a total of 59 games for the team netting one goal. He left the club in 2008 and joined Al Hilal and played 59 games scoring a total of seven goals. Later, he was appointed the captain of the team and led his side to win three league titles in 2008, 2010 and 2011 and four Crown Prince Cup.

In April 2012, he joined Belgian club, Anderlecht, signing a two-year contract. He was the only Saudi player to play in Europe at the time, for the club and also in the league. Hawsawi debuted against OH Leuven in a 1-1 draw which was the only game he played for the club.

Due to lack of playing time, he joined Al-Ahli back in his home country and played 83 games for the club netting 6 goals.

He debuted for the national team in 2007 and was part of 2007 Gulf Cup of Nations. He was also part of Saudi's FIFA World Youth Championship squad. The same year he was included in the squad to play in the 2007 AFC Asian Cup.

Hawsawi first international goal came against Lebanon in 2008 and the second one against Spain in 2010. He captains Saudi Arabia in the 2018 FIFA World Cup.

As of 2018, he has appeared in 133 matches for Saudi Arabia. In his captaincy, Sauda Arabia lost their first match 5-0 against Russia.

Hawsawi is secretive when it comes to his love life. So far he has not introduced anyone as his girlfriend. He is possibly single at the moment.

He is active in Twitter and has around 200k followers. Most of his posts are related to his profession.