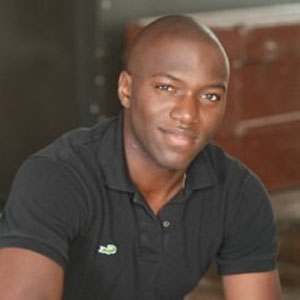 Famous Canadian actor, Omari Newton is best known for his outstanding performances in the TV series including Continuum, Blue Mountain State, and many others.

Before appearing in television series and movies, Newton worked as theater artist among which Sal Capone is one of his contributions. He is also the winner of Vancouver’s 2010 Pan African poetry slam.

Omari Newton was born as Omari Akil Newton in Montreal, Canada. He belongs to Black-Canadian ethnicity and holds a Canadian nationality.

Newton’s parents were the immigrants from the Trinidad & Tobago. He was raised by his parents along with his twin sister, Akilah Newton and Akilah Newton.

Newton went to Beaconsfield High School with his sister. During the period, he was the co-captain of the basketball team. After that, he got involved in acting & drama.

Also, Newton earned a BA degree in communication from the Concordia University. To pursue his career in acting, he further joined the National Theater School of Canada as well.

At the primary phase of his career, Omari Newton was hired by Black Theater Workshop when he was nineteen and started acting in its production with the leading role.

After that, Newton began to work in the Montreal Theater for years & was also involved in several other theaters as well. In 2001, he gave an audition for the TV series, Vampire Highland and was selected with a chance to work with the casts, Karen Cliché, Meghan Ory, Jeff Roop, and others.

After the television series, Newton also began to work in the movies as well. He debuted with the film, Redeemer as Sean. He then appeared in various series and movies including, Last Exit, Slow Burn, The Reagans, and others.

Newton’s hard work & dedication helped him get nominated for the Best Supporting Actor for his work in the Centaur Theatre's production of Joe Penhall's "Blue Orange" (Christopher).

Omari Newton desires to disclose limited information about his own life. As per his posts in the social media, Newton is a married man. However, he has not shared his wife's name.

Newton and his wife are seen together in many events. So far they share a healthy relationship.

Omari Newton is in the acting industry since years and might have earned a right amount for his outstanding acting skills in several of the movies as well TV series. However, the exact amount has not been disclosed yet.

But as per his contributions and works, Newton might have a net worth amount in millions from which he maintains his high profile life.