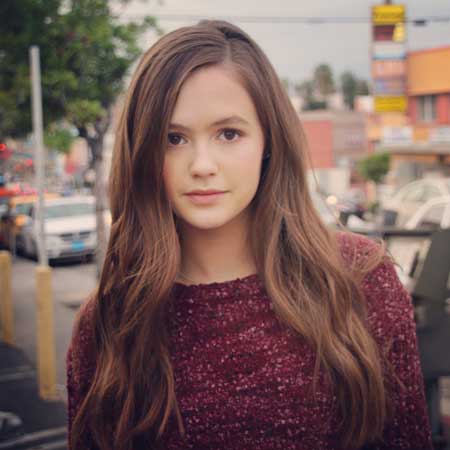 Olivia Sanabia is one of the promising American child actresses. She rose to fame for her role of Kelly Quinn in the fantasy comedy series Just Add Magic. Her performance as Charlotte Wrather in adventure comedy series Coop and Cami Ask the World brought her into the stardom. Sanabia was also nominated at the Young Artist Awards for the Best Performance in a TV Series for Just Add Magic.

Olivia Sanabia was born to American parents in Southern California, USA on April 13, 2003. Her parents' identity is to be disclosed yet, however, she has a sister named Savannah Sanabia.

Talking about her educational background, Sanabia attended Santiago High School. She developed a keen interest in singing and music since early childhood. Moreover, she started singing at the age of two.

Olivia Sanabia was only eight years old when she started her journey in acting. At the starting of her career, she participated in a campaign alongside Jennifer Garner.

She made her debut in the adventure comedy film, Tangled Up in Blue in the same year. She received several positive responses for her role in the Sampson B. Vega-directed movie. She appeared in the commercials for Nickelodeon, Disney, and Ford during the early days of her career.

In 2012, she starred in three short films; Let Your Light Shine, How Jimmy Got Leverage and Mood. Besides, Sanabia has also appeared in numerous television series in guest roles that include Nicky, Ricky, Dicky & Dawn and Life in Pieces. 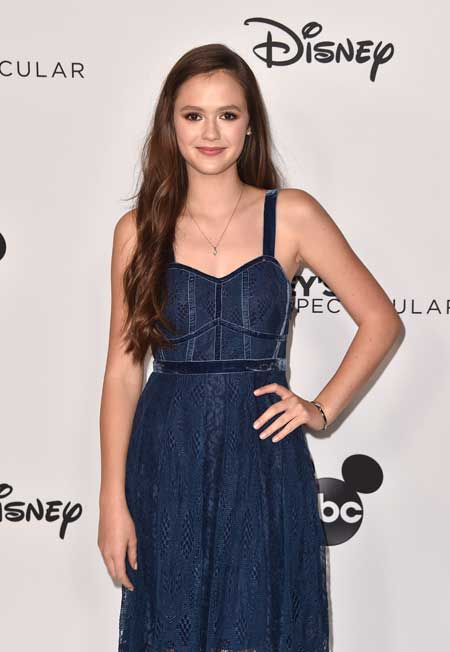 Olivia Sanabia got the biggest break of her career in 2016 when she was cast as Kelly Quinn in the family drama show Just Add Magic. The film was the adaptation of Cindy Callaghan's eponymous book. She shared the screen with Aubrey Miller, Judah Bellamy, Abby Donnelly, and Dee Wallace in the series.

Coming to the year 2018, Sanabia started working in the comedy television series Coop & Cami Ask the World by Jamie McLaughlin and Boyce Bugliari. She plays the role of Charlotte Wrather in the series.

Olivia Sanabia's exact net worth is not revealed as of now, but some of the online sources estimated her net worth to be over $500k as of 2019. She is active in the acting field since she was eight. During her eight-year-long journey, she has worked in some hit films and television series that have undoubtedly paid her well.

Her salary and income are not made public at present. The major source of her income is her acting career while she also accumulates a handsome sum of money from commercials, endorsement deals, and advertisements. As per the sources, she has worked in over 25 commercials till the date. So, we can say she earns in hundreds of thousands of dollars annually from her various works.

The 16-year-old American actress is not a new name in the glamor world, however, she loves to keep her private life under the media radar. She is not married and is not known to be in a relationship with anyone as of present. 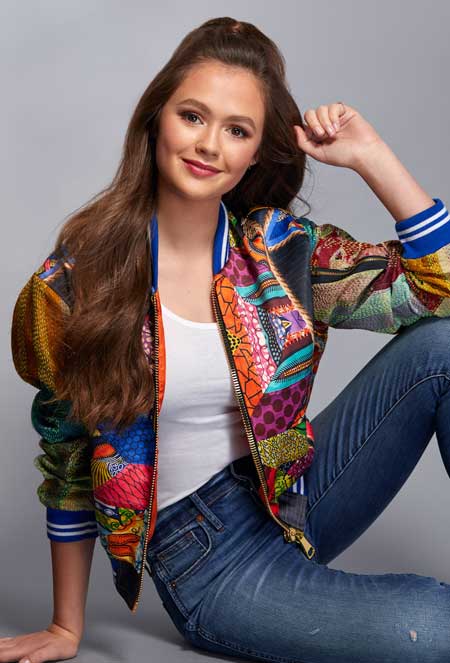 She is also a popular name on social media like Instagram, where she mostly shares her photos and sometimes with her sibling, cousins, and friends. But, she has never introduced anyone as her love interest on social media. Currently, Sanabia is focused on her career in acting and education.