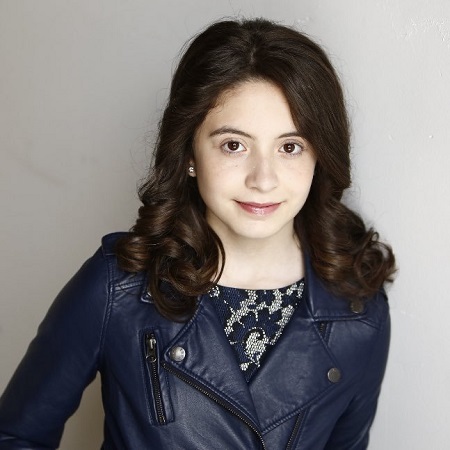 With extraordinary talent and personal conviction, Olivia Presti quickly established herself as one of the emerging actresses. The teen actress grabbed popularity following her role in the hit TV series Odd Squad. She also worked in film Odd Squad: The Movie. Furthermore, Presti is also acclaimed for her performance in Creeped Out (2017) and Dino Dana (2017).

Canadian actress Olivia Presti was born on April 19, 2005, in Canada. Presti holds Canadian nationality, and as far as her ethnicity is concerned, she belongs to White ethnicity. She grew up in Toronto, Ontario. As of present, Olivia attends school in her hometown, Toronto.

Olivia Presti started her acting career playing the small role in Odd Squad, in 2014. She shared the screen with actors Dalila Bela, Filip Geljo, Millie Davis, and Sean Michael Kyer among others. A couple of years later, Presti went on to portray Agent Oona in Odd Squad: The Movie.

Furthermore, the teen actress gained more recognition when she played a character in British-Canadian anthology television series Creeped Out, in 2017. It premiered on CBBC on 31 October 2017. The same year, Presti starred in another hit TV project, Dino Dana.

Olivia Presti, with a few roles in some hit TV projects, has proved herself as one of the promising actresses in the acting world. We can a s sume her lucrative career has earned her hundreds of thousands of dollars, however, her exact net worth is not revealed yet.

According to some online tabloids, an average actress is paid around $51,000 annually, so we believe, Presti also earns in the same range. Her growing acting career is the major source of her income.

Olivia Presti is currently 14 years old. She is currently attending her school level education and is not involved in any kind of romantic relationships. The emerging actress seems more focused on her flourishing acting career as well as on her education.

Presti is also active on social media platforms like Facebook and Instagram with thousands of followers. She often shares her time with her parents and family on her social media. Meanwhile, she seems to love traveling to different places as we can see her posting her pictures from different locations of the North American nation.

Olivia currently resides in  Toronto along with her family.