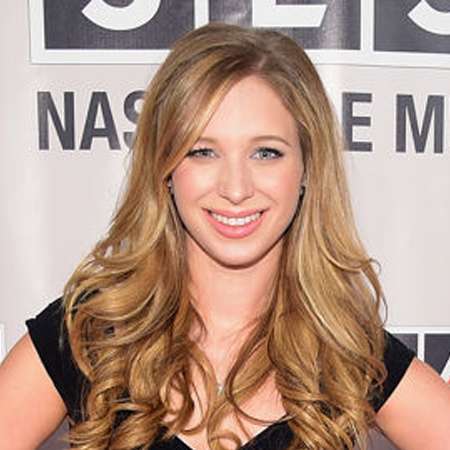 Olivia Lane, aged 24, is an enthusiastic singer with unbridled energy and a strong, sassy and robust voice. She is a Nashville-based country singer. Country music has mostly been dominated my male singers, Olivia Lane is one of the female singers in this genre. If you’re a fan of Dixie Chicks, Miranda Lambert, and Sam hunt, you’d love her.

Lane was born and raised in Houston, Texas. She graduated with a degree in a theatre of the University of Southern California. However, she was more inclined towards singing and songwriting, so she began songwriting and playing country music there.

The first song Lane wrote was called “Indiana” and it was about her and her high school boyfriend breaking up right before college. She was devastated and heartbroken, so she wanted to express her feeling. She wrote words in a melody that captured and reflected the sadness she was feeling. This very moment made her hooked in songwriting.

She then started to write many songs. Most of her songs had optimistic, inspirational lyrics. She also speaks for women empowerment through her songs. She is a story person, so she loved reflecting the stories of life through her catchy country songs. She took inspirations from everyone, everywhere and everything in her life. After attending college in Los Angeles, she moved to Nashville to start her musical career professionally. After settling in the city and arranging collaborations with area songwriters, she prepared a debut EP, Love Thing, which was issued by Big Spark Music Group in 2014.

She was named as a breakout artist by both Entertainment Weekly and Rolling Stone Country. She co-wrote her single “Steal Me Away” with a famous Nashville songwriter Lee Thomas Miller and her producer Ilya Toshinsky. Along with “Steal Me Away”, her another single “You Part 2” also appeared in Billboard’s Tomorrow’s Hit List.

Her recently released acoustic mixtape, Heart Unlocked, is available for free to download from her website. She has toured the U.S. as an opening act for fellow country singer Frankie Ballard. She has also opened select shows for Wynonna Judd, Kip Moore, and Randy Houser.

Lane was born on July 26, 1991, in Houston, Texas with Leo as her birth sign. She was inspired by her mother, who was also a regional country music artist. She used to sing songs for her parents in their living room. From a very early age, she did acting, singing, guitar and piano lessons. She taught herself to play the guitar at age 8. She always knew that she was going to be an artist of some sort, but it was only after she joined college when she knew where her heart truly lied in.

Her greatest role model, her own mother, encouraged her in her musical career by taking her to choirs, recording studios, community theaters, etc. She did her first musical, Grease, at age six and after singing on stage and entertaining the audience, she was hooked. Her mother also played her songs from the greatest artists such as Patsy Cline, Linda Ronstadt, and Trisha Yearwood. Alongside guitar, she also plays Mandolin and a little bit of Harmonica.

Little is known of Olivia Lane's personal relationships. She has had a couple of ex-boyfriends in the past and is currently unmarried, so it's  safe to assume that she has had neither any affairs nor divorces. She is a rising star so her salary and net worth is also currently unknown.