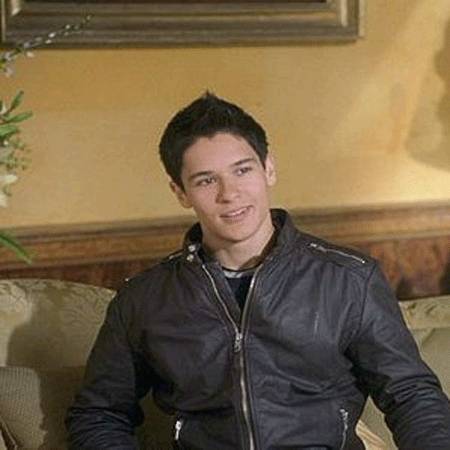 An English singer and actor, Oliver James is famous for his appearance in the movie called Raise Your Voice and  What a Girl Wants.

Oliver James was born on 1st of June, 1980 in Ottershaw, Surrey, England. He grew up in England and was very active and enthusiastic since his childhood. He was very much interested in music too.

Oliver James’ acting career took off after he made his debut as Dean in the made-for-television short film School’s Out. After that, James appeared in an episode of the BBC television series The Afternoon Play. He portrayed the role of Ian Wallace in the teen romantic comedy entitled What a Girl Wants.

The film was released in 2003 and earned $50732139 worldwide. After that in the year 2004, Oliver James appeared in the role of Jay Corgan in New Line Cinema’s musical drama film Raise Your Voice. The film was a box office bomb earning a worldwide total of $14867514 but received negative reviews.

Oliver James signed on for the BBC drama TV series The Innocence Project in 2006. He portrayed the role of Nick Benitz in the series. The series was canceled later due to its poor ratings. It was not renewed for a second season.

Oliver James joined a boy band produced by Simon Fuller after making his appearance in The Afternoon Play. After he was cast in What A Girl Wants, he quit the band. He sang the songs “Long Time Coming” and “Greatest Story Ever Told”.  Both of his songs appeared on the film’s soundtrack. He sang the last song in Raise Your Voice.

His net worth in the year 2015 was estimated to be $1000000 whereas the current figure is not known. Besides his salary as an actor and singer, he also gets paid by ads, endorsement, sponsorships, featuring and so on.

Oliver James is currently married to Bianca Brown. Bianca was her girlfriend since 2006. They had a disagreement and broke up in 2009. However, they agreed to marry. Oliver James is living a very happy life with his beloved wife Bianca Brown. The couple doesn’t have any child. They might be planning to have one later.