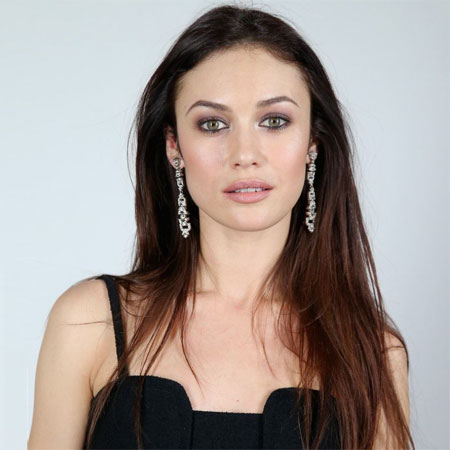 Olga Kurylenko is a French model and actress. She is best known for her portrayal as Nika Boronina in a 2007 French-American-British action-thriller movie, Hitman. She has appeared in several other movies and television shows including A Perfect Day, Vampire Academy, Tyranny and  Quantum of Solace.

Olga Kurylenko was born on 14 November 1979 in Berdyansk, Ukraine (then the Soviet Union) Olga was born to Konstantyn Kurylenko and Maryna Alyabusheva. Irkutsk Oblast born mother was an art teacher of Belarusian and Russian ancestry while her father was Ukrainian.

Her parents got divorced when she was only three and she was brought up by her mother. She very seldom got to meet his father.

Her schooling has not been disclosed in websites but it is quite a fact that she couldn’t have a sound and ease education as she had to travel to different places and certainly couldn’t have had an ease education. The actress can speak Russian, French and English language smoothly.

Olga Kurylenko got discovered by a female model scout in Moscow at the age of only 13. At an early age of 16, she moved to Paris, France from Ukraine. A Paris-based Madison modeling agency signed her in the year of 1996. By her age of 18, she had appeared on the covers of Elle and Vogue. During her modeling career in Paris, She supported her mother in Ukraine. She then started appearing on the covers of magazines like Madame Figaro and Marie Claire.

She also became the face of brands like Clarins,  Helena Rubinstein, and Bebe. She has modeled for Roberto Cavalli and Kenzo and was in the Victoria’s Catalog.  Her first experience as an actress was in Seal’s music video “Love’s Divine”, although 2005 was the year when her film career started. She starred in L’Annulaire and also in the Paris, ie time segment “Quartier de la Madeleine” opposite to actor Elijah Wood. She also made it be the face of Kenzo’s new fragrance Kenzo Amour.

Olga starred in Hitman alongside Timothy Olyphant in 2007. Her role in Max Payne was worth appreciating. In the 2008 James Bond film, Quantum of Solace she played Bond girl, Camille Montes. She was also the cover girl of December 2008 issue of Maxim magazine (U.S. edition) as well as on the cover of 2009’s February issue of the Ukrainian edition of Maxim.

Olga appeared in Terrence Malick’s to the Wonder, starring Ben Affleck, Rachel McAdams and Javier Bardem shot in fall of 2010 in Bartlesville, Oklahoma. She appeared in Oblivion, a sci-fi movie directed by Joseph Kosinski starring Tom Cruise. Kurylenko is all set to star as Marie Curie in the biopic RAD produced by Luc-Besson which is set to release in late 2015.

Olga Kurylenko's total net worth is $18 million at present. She has earned a salary in millions from her acting career.

She has given a lot of hot pictures in a various photo shoot. Her pictures are not just available in a bikini but she has also given her topless and complete nude photos while modeling.

The actress has already celebrated 2 marriages which happen to be unsuccessful, unfortunately. She first married  Cedric Van Mol in 2000 and divorced him 2004 after sharing 4 years of life together. Two years after the divorce with Mol she got in relation with Damian Gabriel with whom she got married in 2006.

The marriage with Gabriel failed as she filed a divorce against him in 2007. Lately, the actress has been seen getting close with the veteran actor Tom Cruise. Although both of them have not openly accepted if they were seen together in many programs and tom cruise after going recent divorce with his wife seemed to have found something extra charming in the actress.

She has been nominated for lots of awards but best of her in awards ceremony is she has won Certificate of Excellence in 2006 for Best Actress in L’annulaire and later in 2012 she has won BSFC award for best cast in Seven Psychopaths.

Although she was just a nominee for the movie Quantum of Solace she is known for the very film for her acting.