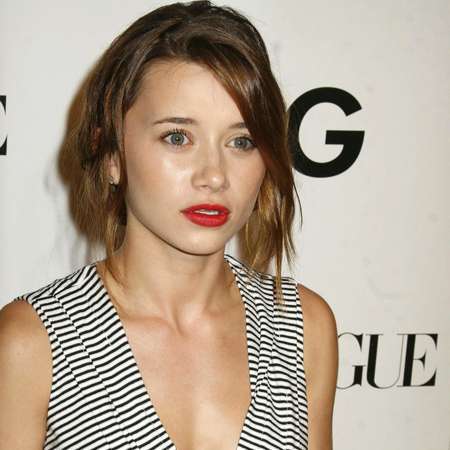 Olesya Rulin is a Russian-American actress who was born on 17th March 1986 in Moscow, Russia. She spent some of her early childhood in Likhoslavi. When Rulin was at the age of eight, she migrated to the United States with her mother to rejoin her father. When she was living in Utah she went to West Jordan Middle School. She is a trained ballet dancer and can play the piano also.

Before starting her career as an actress she worked for a year as a certified nursing assistant and also at stores like Victoria’s Secret and Nordstrom. She graduated from West Jordan High School. Rulin started her career at 15-years-old with a small part in Hounded a Disney Channel Original Movie, which was the start of her career is Disney’s World. Further, she signed two different movies with Disney Channel Original The poof point and Halloween High.

Olesya was also a part of a horror movie Urban Legend: Bloody Mary and that was followed by a totally different movie Mobsters and Mormons. It was the year 2006 when her career changed completely as she was cast for yet another Disney Channel Original Movie High School Musical. The movie was a huge success and was followed by its two other sequels High School Musical 2 and High School Musical 3: Senior Year in which her character was finally noticed by the fans. People could actually discover Olesya as an amazing actress, incredible dancer, and also a great pianist.

The success and love that she got from High School Musical Franchise gave her a chance to make people fall in love with her acting ability and getting main roles in the movies like Flying By, Expecting Mary, Private Valentine: Blonde and Dangerous, and Apart. Her latest movie was Family Weekend where she played the role of Emily Smith-Dungy. She has also appeared in several TV shows like Underemployed, Drop Dead Diva, The Mentalist, Touch, and Greek. Her latest TV show in which she was cast was Eye Candy.

Bright blue-eyed amazing persona Olesya Rulin has favored keeping her private life disguised instead of relating to her professional life. The actress presently unmarried and has neither revealed her arrangements for the wedding and family settlement with spouse and kids.

Eventually in the year 2013, she was in a relationship with actor Andrew Gray McDonnel, which in the blink of an eye got full stop following a couple of months. Soon thereafter, she was dating the dashing showbiz hunk, Nico Tortorella, in any case, an actress has not revealed any information about their relationships.

Amusing a large number of acting lovers since a young age, Olesya Rulin has succeeded winning a name, acclaim, and money. As of the late report, the actress has claimed the total estimated net worth of 1 million USD, and there is no doubt that she will soon expand her net worth with her outstanding salary gaining from her acting endeavors, in close future.