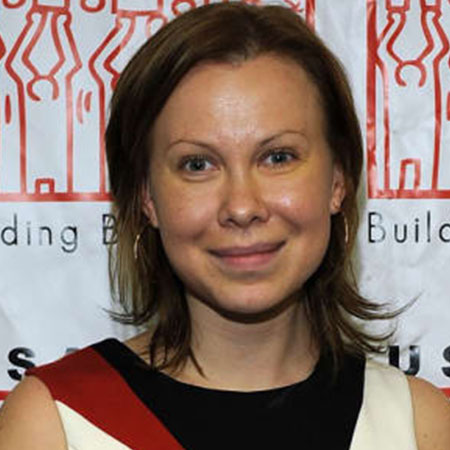 The former Ukrainian competitive figure skater, Oksana Baiul is mostly known for being the 1993 World Champion and the 1994 Olympic champion. She is the first skater representing Ukraine to win the gold medal at the Winter Olympics.

Oksana Baiul was born under the birth sign Scorpio on November 16, 1977, in Dnepropetrovsk, Ukrainian SSR, USSR which is now known as Ukraine. Her birth name is Oksana Sergeyevna Baiul. She is of Ukrainian nationality and belongs to Russian ethnicity.

She is the daughter of Marina Baiul (mother) who is a French teacher and Sergei Baiul (father) who died in 2006. Her parents parted their ways when she was just two years old. After the divorce of her parents, she was raised by her mother and maternal grandparents.

Baiul was interested in skating since her tender age and started learning at the age of three with the support from her grandfather. At that time, she was coached by Stanislav Koritek and made her first competition win when she was around seven years old.

Oksana Baiul's Net Worth And Career

The former figure skater, Oksana Baiul holds the net worth of around $20 million as an average salary of a skater is $2000-$45000. She added her net worth through her winning cash prize, sponsorships, and other endorsements.

The retired skater who is the winner of 1993 World championship and the 1994 Olympic championship became the first skater to win a gold medal after representing Ukraine at Winter Olympics.

As of now, she is running her own clothing line business The Oksana Baiul Collection.

The 41-year-old, Oksana Baiul is married to Carlo Farina who is a former manager. Once in January 2015, she revealed about her marriage with husband Carlo but didn't provide any other detail information about her wedding ceremony and other dating details.

The couple together is blessed with a baby daughter. The happy family of three currently lives in  Las Vegas.

Prior to her marriage, she was in a romantic relationship with Gene Sinuk with whom she was engaged in 2004. However, the former couple called it off just after a year in 2005.

The skater, Oksana Baiul has faced several alcohol-related problems and once she was arrested for drinking and driving case after her car crash in Connecticut in the year 1997.