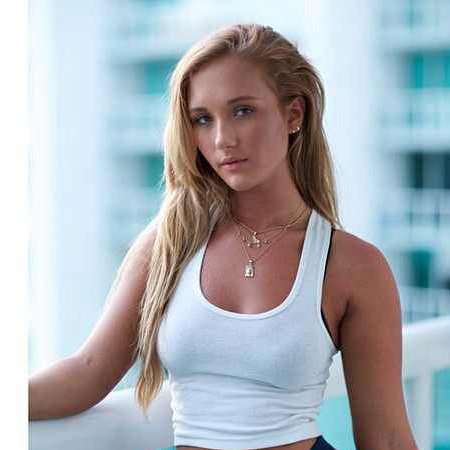 Niykee Heaton is an American songwriter and singer who came into the limelight through the music videos and guitar covers released on her YouTube Channel. Her acoustic guitar covers of contemporary hits gained a lot of viewers across the world which ultimately established her as a singer.

She released her EP Bad Intention in September 2014. She went to her first concert The Bedroom Tour in late 2015. She released an eponymous mixtape on March 18, 2016. She has been the subject of major scrutiny owing to her almost naked videos on YouTube along with her soulful singing abilities.

Niykee Heaton was born Nicolet Aleta Heaton on December 4, 1994, in Chicago, Illinois. She was born to an American father Joel R. Heaton and a South African mother Veronica Heaton. She grew up in Geneva, Illinois while she also spent her childhood in her mother's home, South Africa.

She had a sister Rachel Heaton who died of liver cancer at the age of 21 in 2007 and Niykee considers her sister to inspiration for her singing. She also has another sister Cheyne Heaton. Niykee gave herself training on music and was interested in music since a small age.

She started uploading her recorded songs, on YouTube in 2011, while she was still in high school.

Heaton learned the acoustic guitar and released videos of acoustic covers. Her covered song of Chief Keef’s Love Sosa was featured on the website WorldStarHipHop on the occasion of her 18th birthday which helped her to rise into prominence. She started talking with several record labels and started singing with All Def Digital in 2014. On April 14, 2014, she topped Billboard’s Next Big Sound with further helped her rise into fame.

Her EP Bad Intentions was released in the United States which topped the Billboard as well as was a Twitter Trending 140 chart and also reached the top ten in U.S. iTunes Store. She has also released a website Natural Born Killers, NBK. She is set to tour in the name of The Bedroom Tour throughout the United States as well as Canada.

Heaton released a mixtape The Bedroom Tour Playlist and remastered material that she had shared online months before. She is preparing to release her first studio album.

Niykee Heaton's Salary And Net Worth

As of 2018, Niykee Heaton's net worth is estimated to be around $4 million and the online sources reported that the aspiring American singer earns around $1 million salaries annually.

Heaton bought a Porsche luxury car for $250,000. She also owns a Range Rover which values around $200,000. She lives in a luxury house in Los Angeles which costs around $1 million.

This pretty beauty was rumored to be dating rapper Trinidad around 2013. They were spotted hanging out together frequently which sparked the rumors about their affair. However, these rumors turned out to be false as there was no confirmation about this matter.

When asked about her personal life, Niykee went on to state that she is a weird personality and thus is single. She also said that she likes her manager Lauren Prescott a lot thus making people feel like they are lesbians but went on to clarify that she isn’t a h 0sexual.