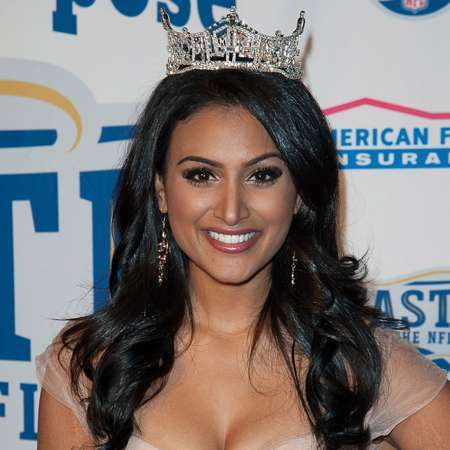 Nina Davuluri is an Indian American public speaker. She came into the limelight soon after she became the first Miss America of Indian Descent. She was born on 20th April 1989 in Syracuse, New York. Nina Davuluri’s parents were both originally belonging to India but later on they moved to the United States. She was raised in Fayetteville, New York. Her father Chaudhury Davuluri is a gynecologist and her mother, Sheela Davuluri is an Information technology specialist.

Nina went to the University of Michigan and graduated from there with a degree in Brain Behavior and cognitive Science. She was interested in beauty contest from her early age so, Niña entered the Miss New York pageant in the year 2013, winning while playing out a "Bollywood Fusion style dance" as her talent. She then went ahead to compete in the annual Miss America pageant in Atlantic City, where "celebrating Diversity through Cultural Competency" was her stage issue. She won everything, being named Miss America 2014 on September 16, 2013. She succeeded the past Miss America, Mallory Hytes Hagan, who likewise was Miss New York.

Soon after she was crowned Miss America, Nina became the target of racist and xenophobic commentary in American social media.  She received a lot of negative comments. They normally expressed anti-Arab sentiments and anti-Indian sentiments and also noted the pageant date relative to the September 11 anniversary. However, Davuluri said that she was prepared for that kind of response from the as she faced the similar kind of situation a few months earlier after she was crowned Miss New York.

After completing her year as Miss America she started working as a public speaker and advocate for gender equality, diversity, and the promotion of STEM education. She has spoken in both diplomatic and political venues.  She also shared the stage with PBS’ NewsHour Weekend anchor Hari Sreenivasan as hosts in September 2014, for a Madison Square Garden talk by Indian Prime Minister Narendra Modi. She even traveled to Vijayawada, Hyderabad, and Mumbai as a part of official March 2016 tour for the U.S. State Department to discuss the importance of Women’s Education.

Heading towards her personal life, there is not much of information is available. She is very private about discussing her own life. However, she mentioned that she is very close to her family and most of her decisions in life are influenced by her family members. She is in a relationship for quite a long time now but she hasn’t mentioned his name yet. She is not married yet so there is no chance of the existence of her husband and child.

She is an independent and strong girl who certainly knows how to deal with her problems. She is a gorgeous looking girl with a height of 5 feet 7 inches and weight of 49 kg. Her salary and net worth are not officially unavailable but we hope she has an amazing net worth after winning all these beauty pageants.