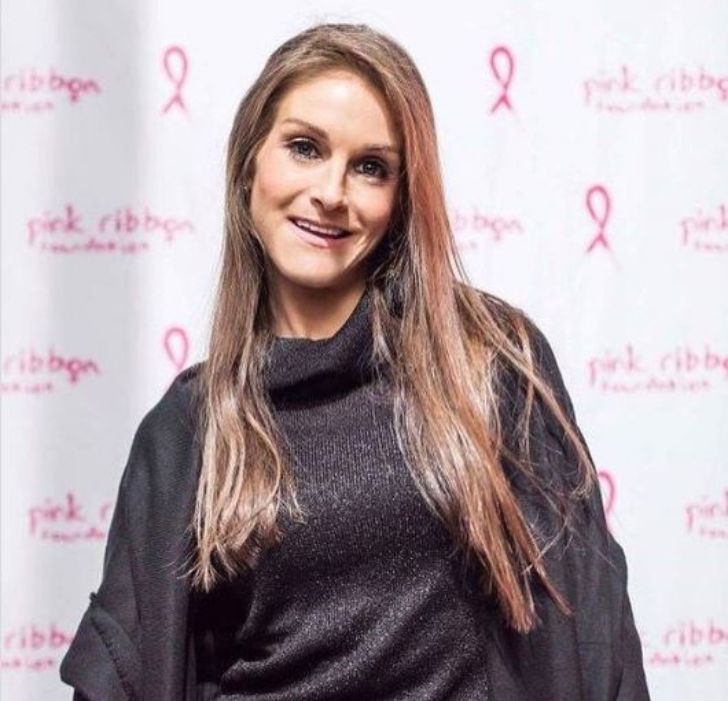 After a life-long struggle with the eating disorder Anorexia nervosa, English-born TV personality Nikki Grahame left the world pointing out the seriousness of the illness. Grahame was widely popular as the contestant of the reality TV show Big Brother UK and even more, finished runner-up in Ultimate Big Brother in 2010.

Aside from her TV career, she was a model and an author; the London native wrote books: Dying to Be Thin (2009) and Fragile (2012) based on her experience with the eating disorder.

Brief About Early Life & Family- Where Was Nikki Grahame Born?

Grahame was born on the 28th of April 1982, in Northwood, England, the United Kingdom. She held English nationality and had Caucasian ethnicity.

Nikki's childhood went normally until the age of 8, where her parents divorced and her grandfather died (of cancer) with whom she was very close. Such a psychological trauma led her to develop an eating disorder, which eventually would take her life.

Reportedly, after her parents' separation, the Northwood School attendant was raised by her single mother Susan.

Died At 38- Diagnosed with Anorexia Nervosa

On April 21, 2021, Nikki Grahame died at the of 38.  She 'was found dead at her apartment in Stanmore, London, England.' The cause of her death was reported to be complications from anorexia nervosa (eating disorder); Nikki weighed only 30 kg (66 lb) at the time of her death.

After she developed an eating disorder as a kid, Grahame's mother admitted her to the Maudsley psychiatric hospital in London. Throughout her teens, the late TV personality saw days at the emergency ward of the hospital due to ma s sive weight loss and refusal to accept treatment (reportedly, at age of 12, she swallowed 22 pills of paracetamol).

CAPTION: English TV personality Nikki Grahame died of complications from eating disorder at the age of 38 in 2021 SOURCE: [email protected]

Back in 2011, Nikki relapsed with anorexia and checked into her 11th institution for rehabilitation. Then, the issue remained underground for a decade, before Grahame's family confirmed the recurrence of the eating disorder in March 2021.

GoFund Me Campaign For Treatment and Later For Funeral

In March 2021, the family of Big Brother UK star set up a GoFund Me campaign for her treatment and raised over £60,000 in fundings. On March 24, Nikki entered Dorset County Hospital and was discharged after a half-month on April 8. The day after, she was found dead in her apartment.

Reportedly, following weeks after her death, the GoFund Me for Nikki Grahame was re-opened to aid her family to cope with funeral costs as well as to donate for social causes for eating disorders.

Nikki's career began at the time she made her appearance as an extra space opera EastEnders, also played as a footballer's wife in Sky One's Dream Team.  In the year 2003, Nikki was a contestant on the ITV dating show Blind Date.

In May 2006, Grahame was chosen as one of the contestant's songs in the seventh series of the Channel 4 (currently Channel 5) reality tv show "Big Brother", which was one of the most noticeable appearances. There, she finished 5th where Pete Bennett was the winner.

Later, in between Grahame's two stays in Big Brother House, Graham presented the "Celebrity Spotting" section on one episode of The Friday Night, normally presented by Debra Stephenson.

In 2007, she started fronting a media campaign for the launch of Domino's Meateor Pizza, which also included television advertisements and online promotions. The same year in June, Nikki returned to the Big Brother franchise but this time as a reporter for its spin-off show, Big Brother's Little Brother, also known as "The B-Team."

The late TV personality was never married but had a couple of relationships. It is all thanks to her TV career fame that brought attention to her love life. Reportedly,  in 2016, she had reunited with her ex-boyfriend Pete Bennett, after 10 years when they first fell in love. Although they were together, it was only on a platonic level.

Bennett is also a TV personality who the 2006 series of Big Brother UK, where Grahame has participated. The common TV platform matched their chemistry and was dating briefly until Pete reportedly broke their relationship (as per Nikki).

Moreover, she had been in relationships with  Jack Tweedy and Pete Doherty, along with a rumored dating story with Chris Neal (2007).

Nikki was given breast implant at the age of eighteen, on the NHS, due to her years of anorexia made her flat-chested. In April 2007, Nikki revealed that she had gone under corrective plastic surgery on her breast implants to fix "ripples" left by her first operation.

In 2009, Grahame got injured in a car accident, made her suffer from cracked ribs and required stitches on her head. The accident occurred as Graham was in the back seat of the car, suddenly was thrown forwards when the car braked.

In 2014, Nikki Grahame disclosed that she was moving to France as she Begrudged being recognized in public. Later the following year, she revealed to Closer magazine that she had returned to the UK and had moved abroad that previous year to beat her anorexia.

How Much Is Net Worth of Nikki Grahame?

According to online sources, Grahame had a net worth of $1.5 million as of 2021. Most of her income was from TV appearances in the reality series Big Brother; reportedly, a cast of Big Brother can get a weekly pay of $1,000, while a luxury compensation could add $5,000 in the account too.

The prize money of the reality series Big Brother is $500,000, which can go up to a whopping $750,000 in 2021. For the American version of the series, the host of Big Brother Julie Chen earns about $3 million per season.