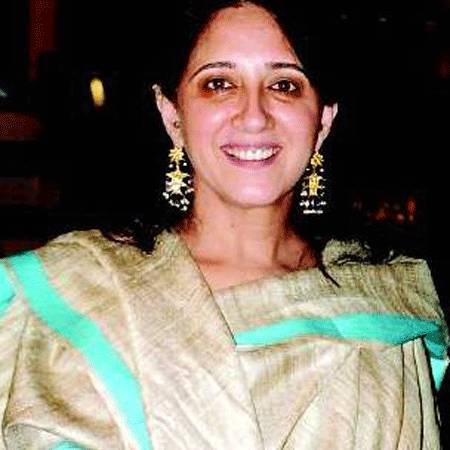 Nikhat Khan is an Indian film producer. She is the daughter of Bollywood actor, director, producer, and writer Tahir Hussain. She has helped to produce her father’s first directorial venture Tum Mere Ho in 1990. The film Tum Mere Ho featured her brother Aamir Khan.

Nikhat was born on 1963 in Mumbai, India. Regarding nationality, she is Indian. Her ethnicity is unknown. Her birth sign is unknown. She follows Islam.

Zeenat Hussain is her mother. It seems Nikhat completed her studies from Mumbai.

Nikhat started her professional career in 1990 as an Assistant Producer. She a s sists her father Tahir Hussain who was the producer-director of the movie Tum Mere Ho. The movie starred his brother Aamir Khan and actress and former Miss India, Juhi Chawla.

She also served as a costume and wardrobe a s sistant in the movie named Hum Kisi Se Kum Nahin.

Nikhat worked as a costume designer for the actors in the movie named Qayamat Se Qayamat Tak.

Nikhat Khan has married her boyfriend Santosh Hegde after having an affair. It’s have been several years of their married life and it seems couple enjoys each and every moment of their relationship.

Nikhat has two children Seher and Shravan. Her child Seher is staying in Pune whereas Shravan is studying in the US. She made Pune her home a few years ago, she is living there with his husband and a son, but that has not stopped her from celebrating with her extended family in Mumbai.

Apart from Aamir Khan, Nikhat has two more siblings Faisal Khan, and Farhat Khan. His brother Faisal Khan is also an actor. Alongside, Aamir Khan, he made his appearance in a movie called ‘Mela. She is the cousins of Mansoor Khan and Nuzkhat Khan. Furthermore, Azad Rao Khan and Junaid Khan are her nephews.

Nikhat Khan is a fan of Aamir and his movies. She always gives feedback to Aamir before the release of his movies.  Till date, she watched all movies of Aamir Khan.

Aamir loves her sister a lot. Once he postponed his Dhoom 3 shooting in 2012, to celebrate the 50th birthday of Nikhat.

It seems Nikhat is not available on social networking sites. One cannot easily find his profiles on Twitter, Instagram, and Facebook. As a producer, she has maintained a pretty amount of bank balance. Her total salary boosted her net worth. Her net worth is around $2million dollar.