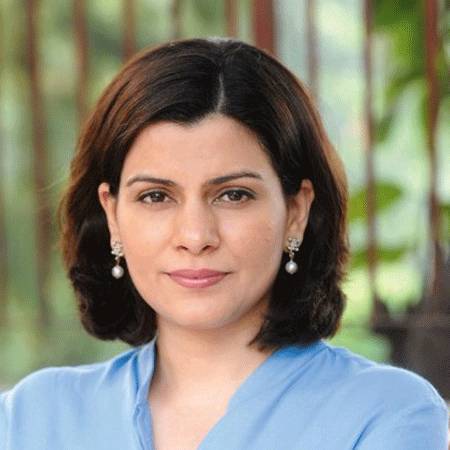 The bold and beautiful journalist Nidhi Razdan is NDTV Senior Editor and News Anchor. She has been continuously active in the TV journalism field over the years. She has covered a large number of issues from the political, economic, and Social sectors all over India. She is popularly known to be the host of NDTV 24x7 news show Left, Right & Centre.

Education And Career Of Nidhi Razdan

Though Nidhi Razdan was born in India, she spent some years of her childhood in the USA. However, she grew up in Sheikh Sarai, New Delhi. At first, she was enrolled at Apeejay School. Then she received her education at Lady Shri Ram College for Women which is located in Delhi. She got herself enrolled in the Indian Institute of Mass Communication from where she got a Post Graduate Diploma in Radio and TV Journalism in 1999. Her father, Krishan Razdan was also a journalist. That was a motivating factor for her to pursue journalism as a career.

From the time Nidhi Razdan joined NDTV in 1999, she is known as a popular news anchor and journalist in India. Nidhi is one of those dedicated journalists who believe in hard work and on the scene reporting for which she has been to Kashmir many times. She is widely known to be the anchor of most popular shows like The Lead, India Decides @ 9, Left, Right & Centre, and NDTV 24x7.

Nidhi Razdan was married to Neelesh Misra, a journalist and an author from India in 2005 who is also known to be a director, scriptwriter, lyricist, and photographer. They enjoyed a lovely marital life for two years but were divorced later.

Nidhi Razdan's Net Worth And Salary

Nidhi Razdan's net worth as per estimation made by various online sources can be believed to be around $0.5 million as of 2019. She currently serves as an anchor for NDTV 24x7 where she is also paid a good amount of salary.

As Nidhi Razdan visited Kashmir many times for news reporting, there were rumors of her alleged affair with Jammu and Kashmir-based Indian Politician Omar Abdullah. If those rumors are to be believed then Omar Abdullah was divorcing his wife Payal only to get married to a news anchor who was none other than Nidhi Razdan.

It is also said that Nidhi Razdan's marriage relationship with her husband Neelesh soured because of Nidhi's growing closeness to politician Omar Abdullah. According to sources, Omar wanted to marry Nidhi but couldn't do so because she was a Hindu, and Omar's party didn't want him to get married to a non-Muslim girl.

Nidhi Razdan is a fairly tall lady with attractive physical features. She has a fair complexion. Nidhi also got a number of awards and recognition in her career. She got the Teacher's Achievement Award in 2011 and the Ramnath Goenka Award once. Nidhi is multi-talented and a versatile journalist so she receives a handsome salary.

More information about Nidhi Razdan and her personal life can be found on the internet. Details are also available on Wikipedia. She is active on Facebook and Twitter from where her followers can get up to date with her online activities.