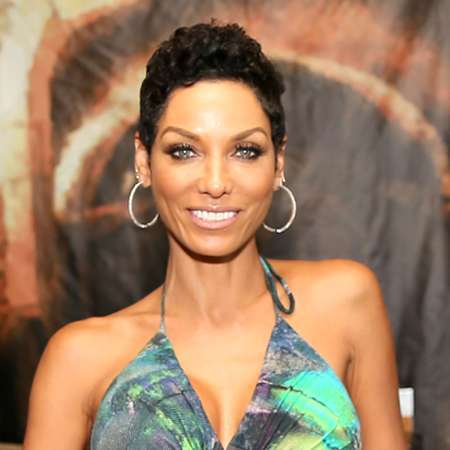 Nicole Murphy is an actress, model and a television personality of American nationality who has been known best for her modeling career as well as her marriage to actor Eddie Murphy. She was born on the 5th of January, 1968 and her age currently is known to be 48. She has also been known for her participation in the television show named Hollywood Exes. Her maiden name is Nicole Mitchell.

Mitchell was born in Sacramento, California to parents Elena and Eddie and has three brothers Trevor, Nathan and Darius. She started her career in the modeling industry at the mere age of 13 by appearing in a modeling contest and being signed u by the Ford Modeling Agency. She spent 7 of her years modeling and has retired now. She has also been known to top several Paris agency glamour modeling contests and has traveled all across Europe. She has modeled for several top design houses like Ungaro, Chanel as well as Valentino.

Nicole is also the owner of her very own jewelry line called the FLP Jewelry Design. She has also been known for her appearance in Hollywood Exes. The show which airs on VH! Has seen her as an executive producer as well as a reality star.

The personal life details of this beauty have been well documented and talked about. She has been known to have involved in a longtime relationship with Eddie Murphy, an actor and comedian. The couple met at the 1988 NAACP Image Awards and was instantly attracted to each other. After a relationship that ran its course for two years, the couple tied the knot and got married at the Grand Ballroom of The Plaza Hotel. The wedding took place on March 18, 1993 and she split up with her husband, 13 years later due to irreconcilable differences. She then dated Michael Strahan and was engaged to him on the June, 2009. The couple stayed together for five years into their engagement, before calling it off due to busy schedules of the pair. She has since been known to be single and is the mother of 5 kids. As of now, this beauty seems to be focusing more on her professional life than her personal.

The net worth of Nicole Murphy is known to be a cool 5 million dollars. The bulk of her salary however comes from the divorce settlement she for from her previous marriage, the beautiful model has a height of 5 feet and 10 inches and manages to look pretty good in all of her outfits. Due to her success in the entertainment fraternity as well as for the huge controversies she is involved in, she has managed to make her fans constantly search the details of her bio on sites like the wiki.