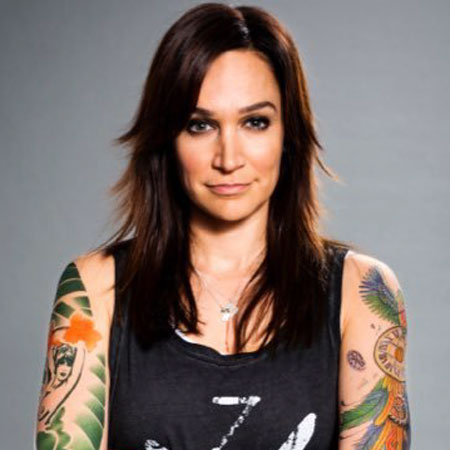 Nicole da Silva is an Australian actress recognized for playing the character of Franky Doyal in Wentworth and for portraying the character of Stella Dagostino in the Southern Star's AFI award-winning TV drama Rush. Her other television roles include East West 101, All Saints and Doctor Doctor. She has been appearing as Charlie Knight in the Nine Network medical drama series Doctor Doctor since 2016. She is continuing the same role in the third season of the series that aired on August 6, 2018, and August 13, 2018.

Silva came to prominence as the reformed lesbian criminal Franky Doyle in Wentworth. Also, she's starred in an independent movie that tells the story of the bond between a gay man and a straight woman.

Nicole da Silva was born on 18th September 1981 in Sydney, New South Wales, Australia. Her family is originally from Portugal and still has family there and in Brazil as well.  Silva was brought up in New South Wales.

Nicole Silva studied arts at The University of NSW. She later dropped out to study dramatic arts at the University of Western Sydney. Nicole Silva holds  Australian nationality and falls on mixed race ethnicity as she is of Portuguese descent as well.

Nicole da Silva began her professional career in 2005 as Sasha Fernandez on All Saints. Her character was appreciated by critics and audience likewise.

In 2007, she starred in the TV series Dangerous as Erica Electra. Again, Nicole attracted a lot of attention and praise for her role.

Nicole Da Silva was cast as Senior Constable Stella Dagostino in TV-drama  Rush in 2008. Following her success in Dangerous and Rush Nicole starred in Carla Cametti PD in the year 2009 as the lead character Lisa Testro.

Silva's characterization of Frankly Doyle in Wentworth in 2013 became her most famous and acclaimed work to date. She is still a part of the Wentworth cast. Currently, Nicole Da Silva also plays the character of Charlie in Doctor Doctor.

Nicole  Da Silva was nominated in the category of Most Outstanding New Talent for her performance on Dangerous in 2008.

In 2014, she won ASTRA Award in the category of Most Outstanding Performance by an Actor for Wentworth.

Nicole Da Silva's net worth is $2 million, most likely or even more as she is only becoming more successful with each project.  Official figures for her net worth aren't made public.

Nicole Da Silva has now become a prominent actor, she is known globally because of Wentworth which is in its 5th season as of 2017. Silva's salary per episode has increased as well.

Nicole Da Silva is currently promoting Wentworth season 2 on her social media as is Kate Atkinson. The new season premiered on April 4th, 2017.

Personality wise, Silva is an avid animal lover. She has a dog named Kingston. Silva is also political, she supports liberal views and is a strong advocate of gender equality.

Silva came to prominence as the reformed lesbian criminal Franky Doyle in Wentworth. Also, she's starred in an independent movie that tells the story of the bond between a gay man and a straight woman.