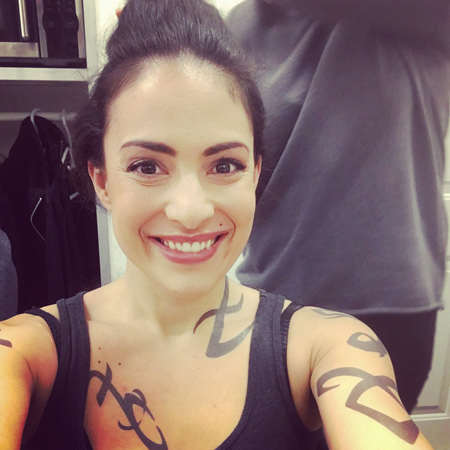 Nicola Correia-Damude is an award-winning Toronto-based actress who rose to fame after her role in the TV series Degra s si: The Next Generation in 2005. She gained further popularity for her appearance in The Strain, Annedroids, and more. Similarly, she is also known for her work in Burden of Truth and The Holiday Calendar.

Nicola Correia-Damude was born on June 21, 1981, in Toronto, Canada. She is Canadian as per her nationality and ethnicity wise; she has a mixed ethnical background as her mother was from Guyana while her father was from Canada.

Nicola did her schooling from Etobicoke School of the Arts. She later attended the Studio 58. Furthermore, she studied at the Birmingham Conservatory for Cla s sical Theatre.

Nicola Correia-Damude kick-started her career appearing in the TV series Young Blades, in 2005. The same year, she took the role in Degra s si: The Next Generation and played until 2006. She grabbed attention after her performance in the TV series The Strain along with Corey Stoll, David Bradley, and Mía Maestro.

From 2016-19, the actress was a cast in the supernatural drama TV series Shadowhunters sharing the screen alongside Katherine McNamara, Dominic Sherwood, and Alberto Rosende. In 2018, she landed the role in Burden of Truth and The Holiday Calendar. 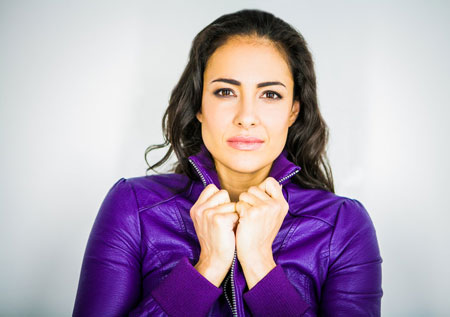 Prior to movies and TV shows, Nicola also performed in many plays. Moreover, she voiced for  CBC's The Pa s sionate Eye, Afghanada, The Fifth Estate, and more.

Awards and Other Work

Nicola Correia-Damude was nominated for a Canadian Screen Award for her performance on Remedy. Her work in Margarita also earned her the Best Actress in a Feature Film award at the San Diego FilmOut Festival.

The actress is a staunch advocate for women who emphasizes to expand women's roles and to improve conditions for mothers and families in the entertainment industry.

Nicola Correia-Damude has earned a good amount of money from her work, especially from her roles in movies and TV series. As of 2019, her net worth is estimated to be around $1 million.

The actress worked in many hit TV series and has undoubtedly received a good salary for her work.

Nicola Correia-Damude is a married woman who tied the knot with the actor husband Carlos Gonzalez-Vio. It is still a mystery when their love blossomed. The couple seems pretty secretive about their personal life and has not disclosed further about their married life. They do not have any child to date.

Nicola currently resides in Toronto, Ontario along with her husband.