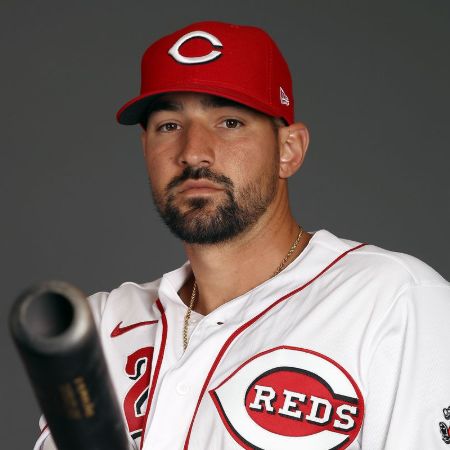 Nicholas Castellanos is an American professional baseball player who plays defense in the right field for the Major League Baseball (MLB) team, the Cincinnati Reds, after having played for the Detroit Tigers and the Chicago Cubs.

How Old Is Nicholas Castellanos? What Is His Height?

Nicholas Castellanos was born Nicholas Alexander Castellanos on March 4, 1992, the older of two sons, to Michelle and Jorge Castellanos. He is 28 years old and stands at 6 feet 3 inches (1.93 meters).

Born and raised in Davie, Florida, Nicholas attended the American Heritage School in nearby Plantation, Florida. He played for the high school baseball team and was part of the team that won the Florida state championship. 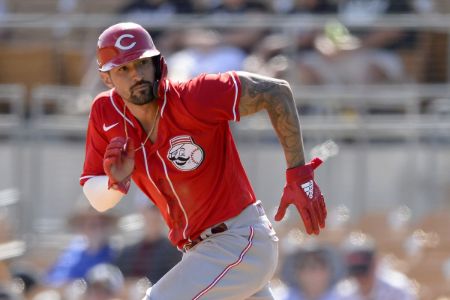 He ended up transferring to Archbishop McCarthy High School in Fort Lauderdale, Florida, for his junior year and was named the "Gatorade Player of the Year" for Florida following his senior year season.

Castellanos was accepted into the University of Miami under a baseball scholarship and played for the Miami Hurricanes.

Nicholas' younger brother, Ryan Castellanos, is also a Major League Baseball player who has been playing with the Detroit Tigers since being drafted by them in the 2015 MLB draft.

Nicholas Castellanos was drafted 44th overall by the Detroit Tigers during the 2010 MLB Draft. He worked his way up from the minor leagues and made his major league debut in late-2013. He went on to play six seasons with the team before being traded off to the Chicago Cubs in July 2019.

He played one season with the Cubs and after an underwhelming showing, signed a 4-year contract with the Cincinnati Reds in January 2020 for a reported $64 million.

In addition to his MLB career, Castellanos has also played for the United States National baseball U-18 team during the 2009 Pan American Junior Championships, leading the team to a gold medal win.

Nicholas Castellanos became a father for the first time when his then-girlfriend Vanessa Hernandez gave birth to their son, Liam Castellanos, in August 2013. 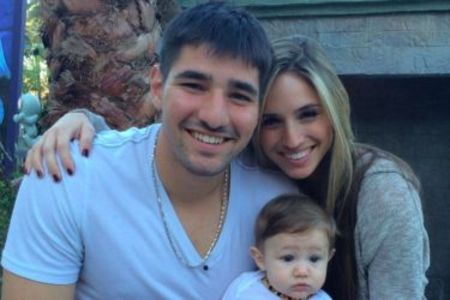 They got married in 2015 and were married for less than a year before divorcing sometime in 2016.

What is Nicholas Castellanos' Net Worth in 2020?

According to some online sources, Nicholas Castellanos reportedly has a net worth of as much as $8 million. The Major League Baseball right fielder played six seasons with the Detroit Tigers, from 2013 to 2019, a season with the Chicago Cubs in 2019, and since early-2020, has played for the Cincinnati Reds.