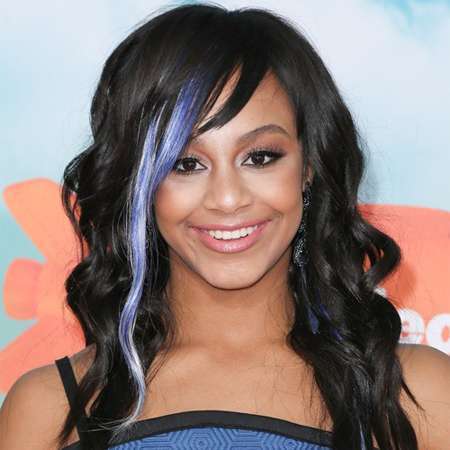 Nia Sioux is best known to the audience for her songs, Star in Your Own Life, DJ Fav and Slay. Nia is also noted to be the winner of the Miss Pre-Teen Sheer Talent Nations. She came into the limelight after appearing on the show, Dance Moms.

Nia Sioux Frazier was born on 20th June 2001 in Pittsburg, Pennsylvania to parents Holly Frazier and Evan Frazier, Sr. Nia spent most of her childhood days with her siblings, Evan Jr. and William. She is known to have begun dancing at the tender age of three. She is of American nationality and black ethnicity.

Nia Sioux is currently studying and has also studied in Debbie Allen Dance Academy. She was previously affiliated with Abby Lee Dance Company. Sioux is currently in the bottom of the pyramid in Dance Moms. As per season 6 of Dance Moms, she is the only original elite team members left. Sioux has told the media that she likes contemporary and musical theater dance styles. Apart from dancing, Sioux can also play piano, drums and write songs. Nia made her episode Run debut in The Competition Begins. She released her first song titled Slay in 2015. On the same year, she released another song named Star In Your Own Life.

Recently in 2016, she released a song titled DJ Fav. All her songs have received mixed reviews. She has been slowly moving toward success. As an actor as well, Sioux has been grabbing a lot of positive attention. She also has an app available on iTunes called Nia’s Nation. The very talented Nia is also a purple belt in karate. She is the winner of the Miss Pre-Teen Sheer Talent Nations in Las Vegas where she sang her solo titled Goodbye Maya.

Nia Sioux is taller than most kids of her age and has the body, looks, and charms of an adult. Her height perfectly accompanies her weight. She is close friends with dancers Maddie Ziegler and Mackenzie Ziegler. Nia is also an avid lover of animals and has a Yorkie, a French bulldog, and three turtles. Nia has attained huge success in her career even at this age. Nia’s net worth has not been estimated to date but it is a s sumed that she earns a huge salary coming out of her successful TV appearance. She has established herself as an excellent dancer and is currently entering the arena of acting. The bio of the very beautiful and talented Nia Sioux can be found on various social media sites like dance moms wiki, Instagram, twitter and more.