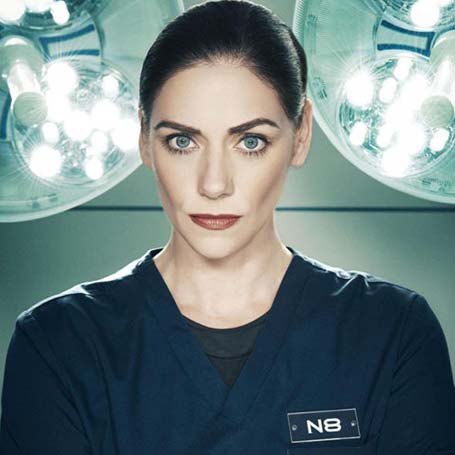 A Scottish television and stage actress, Neve McIntosh is famous for her role as Madame Vastra in BBC's Doctor Who. Besides, the talented actress is also best known to fantasy fans for playing Lady Fuchsia in the Gormenghast.

Neve McIntosh was born on April 9, 1972, in Scotland, under the birth sign of Aries. She holds a Scottish nationality and belongs to the white ethnic group. Her parents raised her in Edinburgh.

Talking about her education, she attended Boroughmuir High School. Later, she moved to Glasgow to attend the Royal Scottish Academy of Music and Drama, after which she was in repertory companies at Perth and The Little Theatre on the Isle of Mull.

Neve started her acting career by working as a theatre actress. She was as a member of Edinburgh Youth Theatre and appeared in Mother Goose and Doctor in the House in the late 1980s.

In addition, McIntosh also appeared in American director Mark L. Feinsod's first movie, Love And Lung Cancer. In 2008 and 2009, she starred in several films including Salvage, Spring 1941  and the award-winning Be All and End All.

CAPTION: Actress, Neve Mcintosh is best known for her role as Madame Vastra in BBC's Doctor Who. SOURCE: Pinterest

In 2004, she starred in Bodies, a medical drama produced by BBC Three and based on the book Bodies by Jed Mercurio. Also, she recorded an episode of Law & Order: UK. She starred alongside former Doctor Who star David Tennant, in Single Father, a BBC drama, in October 2010.

In June 2011, she appeared in the BBC One series Case Histories as Joanna Hunter. In 2017, she played Kay Gillies in the BBC One drama The Replacement.

Neve McIntosh's net worth is reported to be approximately $1 million, as of 2019. Her primary source of income is her career as an actress.

A source revealed that the average salary of an actress is estimated to be around $52,000. So, she might be receiving at the same range from her career or more than the reported range based on her experience.

Neve's net worth is often compared with an actor like Jesse Watters ($1 million) and Adam Scott ($1 million).

McIntosh is probably living a single happy life. Although being regularly followed by her thousands of fans, she has managed to keep her love life and personal space away from the media and news platform.

No reports on her current relationship are out. With such an alluring personality, it's hard to believe that Neve is not dating any boyfriend.

However, previously, she was married to the cameraman Alex Sahla. They met each other while filming the 1999 television series, Psychos. Later, they couldn't push their relationship for an extended period, and they decided to separate in 2006. Their divorce was finalized in 2009.