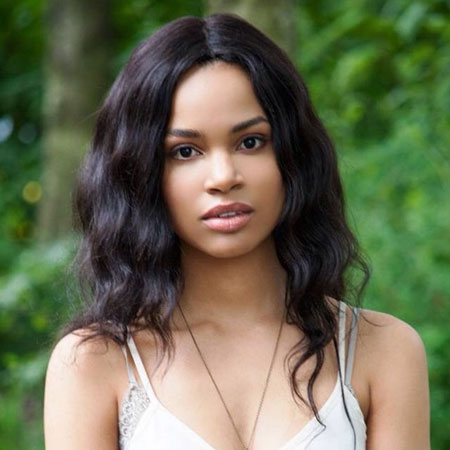 Nesta Cooper is a Canadian actress, widely recognized for her appearance in Netflix's Travelers. She is also known for her appearance in Diablo, The 100, and The Returned. Her first on-screen role was as Young Sakelik in the TV series Cult in 2013 and starred in the 2016 film The Edge of Seventeen with Hailee Steinfeld.

Nesta Cooper was born on December 11, 1993, in Mississauga, Toronto Ontario, Canada, under the birth sign Sagittarius. She belongs to the mixed ethnicity of African-Canadian and holds Canadian nationality.

today you are !! I love you my bestie

At the age of seven, Cooper shifted to Courtenay, Vancouver Island with her parents. She completed her high schooling from Mark R. Isfeld Secondary School. Later on, she joined New York Academy where she studied producing, directing nad acting.

Cooper's began her career with some minor portraying roles in various movies and drama series in an early age. She moved to Vancouver in 2015 and she subsequently signed a contract with an agent and continued her course in acting.

Cooper started featuring numerous series including The Returned, The 100, Girlfriends Guide to Divorce, and Unreal, she played one of her major role in her debut first Diablo.

Moreover, Cooper gave her brilliant performances in television series 'Motive' in 2016 and later in the same year, she appeared in 'The Edge of Seventeen'.

Likewise, Cooper was also starred as Carly Shannon on the joint Netflix and Showcase production, Travelers. In an interview with TV, EH? Nesta said she does a lot of her stunts in the series,

" We’ve had the same stunt team for both seasons. In Season 1, I was a twiggy and very weak. [Laughs.] I’m still weak but I work out a lot more now. The stunt team has seen how I fight and carry myself and I’m lucky because the writing has taken this physically strong person and put her into the body of a weak, single mom. Carly is able to grow with me as I’ve learned to carry myself. This season I’m able to do a lot of my own stunts, like when I flip people and when I punch people."

Cooper has been playing the role of Carly Shannon in the science fiction TV series Travelers since 2016. In the year 2018, she featured in Spy Kids: Mission Critical, Supergirl, and The Miracle Season.

Nesta Cooper earns a decent amount of money from her career as an actor. She has appeared in various movies and TV Series. One of her film 'The Edge of Seventeen' made a box office of $ 18,803,648 against its producing cost of$ $9 million. In the movie, she shared the screen alongside Hailee Steinfeld, Woody Harrelson, Blake Jenner, Kyra Sedgwick, Haley Lu Richardson, and Hayden Szeto.

Cooper's current net is estimated to be in a million dollars. However, the exact amount has not been revealed yet.

Most of the time, Cooper is seen posting and sharing love affection for her best friend, Keith Power. There are no rumors about her dating and boyfriends relationship.