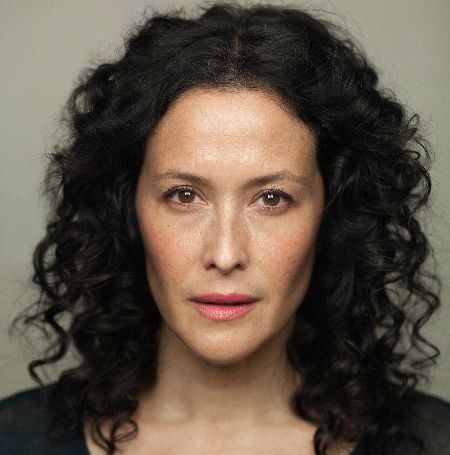 Natane Boudreau is an American model and actress who came to prominence after being found by Click Model Management at the age of three. She has walked runways for luxury fashion brands such as Calvin Klein, Chanel, Gucci, Versace, and more. In addition, Victoria's Secret model made her first debut with a small role in Woody Allen's Radio Days. Likewise, she has appeared in the highly acclaimed fashion doc u mentary, Unzipped.

How Tall Is Natane Boudreau?

Natane Boudreau was born Natane Adc* * k Boudreauon May 5, 1976, in New York City, New York, the United States. Her mother, Nian Fish, was a renowned fashion creative director whereas, her father was a professional performer.

She attended the Bank Street School of Education and Columbia Preparatory School. She was trained at the Royal Academy of Dramatic Arts in London. She also did her voice training at the William Esper Acting Studio.

She stands at an average height of 5 feet 8 inches or 1.74 m. The 44-year-old holds an American nationality and belongs to Caucasian ethnicity.

Natane Boudreau Is A Victoria's Secret And Calvin Klein Model

American model Natane Boudreau gained widespread attention after she was discovered by the owner of Click Model Management when she was just three years old. 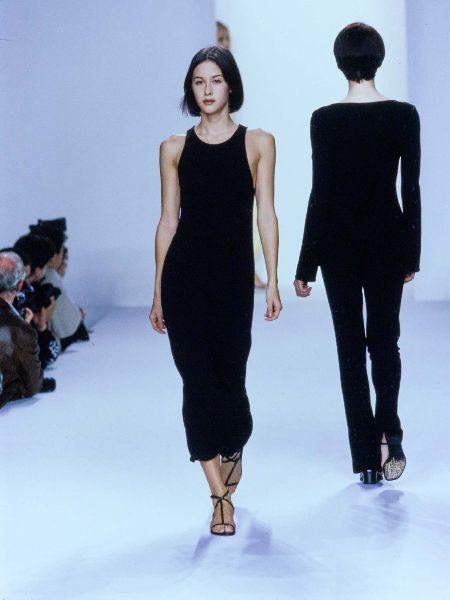 She was signed to do various promotions for Calvin Klein, posing as Andie MacDowell's daughter, and a Vogue Bambini cover, all shot by Bruce Weber.

When she reached 17, she pushed herself to do full-time modeling. In 1995, she first walked in the Victoria's Secret Fashion Show. Similarly, she appeared in the show for the second time in 1998 and third in 1999.

She has walked runways for luxury fashion brands such as Calvin Klein, Chanel, Gucci, Versace, and more. Since 2003, she hasn't done any modeling.

Apart from her successful modeling career, she is also an actress. She made her first debut with a small role in Woody Allen's Radio Days when she was 7.

Likewise, she has appeared in the highly acclaimed fashion doc u mentary, Unzipped. After quitting runway in 2003, she went on to star in independent films like The Pink House and 5 Up 2 Down.

What Is Her Net Worth In 2021? Income Source And House

Calvin Klein model Natane Boudreau has an estimated net worth of $1 million as of March 2021. She adds a huge sum of riches from her modeling and acting career.

She has modeled for luxury fashion brands such as Calvin Klein, Chanel, Gucci, Versace, and more. She is also a co-founder of Still Point Film Company.

Not to mention, the model has listed her Greenwich Village house for $1.95 million. The home features a two-bedroom, windowed chef’s kitchen and an open dining/living room, and a wood-burning fireplace with original 1920s brickwork so on.

The 44-year-old model is not married yet and is possibly single as of now. However, the model has dated a professional basketball player, Reggie Miller, in 2001. After a few months, the two split ways.

Before Miller, she was dating a famous businessman, filmmaker, and producer, Damon Dash. The couple dated in 1999 until they broke up in 2000.