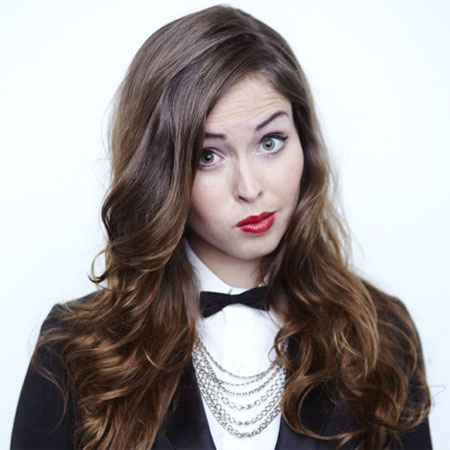 Natalie Krill is a Canadian dancer as well as an actress known for her recurring role in season 2 of The Next Step. Also, she has played Molly McBride in the hockey drama, MVP. She is also famous for appearing in the independent film, Below Her Mouth.

Natalie Krill was born on 4th February 1983 and is currently 35 years old. She was born in Saskatchewan, Canada to Rose Krill. She is of Canadian nationality and belongs to the white ethnicity.

Krill made her acting debut in the 2005 Disney Channel Original Movie, Twitches as a minor role in 2005. She followed with another small role in the movie, Hollywoodland in 2006.

Krill has appeared in a variety of TV shows such as Rookie Blue, Saving Hope, Flashpoint, Suits, Covert Affairs, The Listener and so on.

From 2014 to 2015, Krill portrayed as a recurring role in season 2 of The Next Step as Alex Kendrick. Furthermore, she also co-starred in 2016 film, Below Her Mouth, which later was selected for the Toronto International Film Festival.

Natalie Krill is unmarried till date. As per her stunning looks & outstanding performance, Krill is followed by several fans. However, she has not spoken about her relationship with the public.

But, on her Instagram account, she has posted a photo, saying “My sweetheart.” She has also posted pictures with a guy several times, and his name is Daniel Kannimäe. By seeing their photos, we can say that there is something gossipy.

Besides that, Krill is rumored to be in a lesbian relationship with her co-actress Erika Linder. But, it not confirmed about her relation with Erika Linder.

Natalie Krill is one of the famous actresses. With her incredible acting skills, Krill earns a decent amount of salary from her acting & endorsements deals.