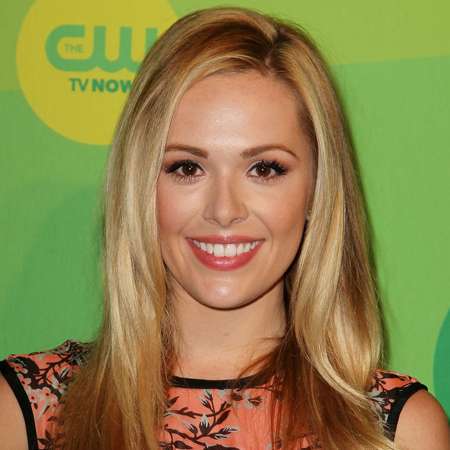 Natalie Hall was born in Vancouver, British Columbia, Canada as Natalie Elise Hall. She was born on January 25, 1990 and she is currently 25. She belongs to Canadian descent. And her parents are native Canadian. She was raised in middle cla s s family along with her parents. Her ethnicity is white. Natalie Hall’s nationality is Canadian. Information regarding her parents and sibling is not known. Her star sign is Aquarius

Natalie Hall had an early interest in the acting for which she moved to New York to pursue her dreams. But later she relocated to Los Angeles in 2010. In her early age she used to play football along with all boys team.

Hall made her acting debut from 2004 movie Have You Heard? Secret Central.  In 2010 she appeared in movie Rising Stars. She also acted in television movies like Love's Christmas Journey (2011) and The Seven Year Hitch (2012). In 2015, she appeared in many movies like Lucky N#mbr, Still Life, The Curse of Sleeping Beauty and The ADK.

Hall has also maintained her superstar image in the television screen; she made her debut in television from 2008 show Law & Order: Special Victims Unit. In 2009, she was featured in The Good Wife and All My Children. In 2013, she was featured in hit television series CSI: Crime Scene Investigation and Drop Dead Diva. She has also appeared in many famous series from the date of her debut, she has made her presence in Star-Crossed, Royal Pains and True Blood. She may have other big project in coming year but, she has not revealed her secrets until now.

Natalie Hall has a very charming personality with perfect good looks. From time to time she has been linked with many guys and also there are many rumors relating her affair. She is sexually straight and she has dated many cool guys.

She was once romantically linked with her boyfriend Brandon Barash, an American actor famous for his role in ABC Daytime soap opera General Hospital. They started dating in 2010. They separated in 2011 after being in a relation for a year. She is often spotted with many other guys hanging together and attending parties but according to her they are just her good friends. She is just 25 and she is not married yet may be she is focusing in her bright future.

Information regarding Natalie Hall’s net worth and salary is not updated yet. She is very talented lady with blonde hair and brown eyes. She has maintained her perfect curves, which measures breast 34, waist 25 and hip 34. She has an average height of 5 feet and 5 inches. She has a very sexy body and she dress up perfectly with a style.