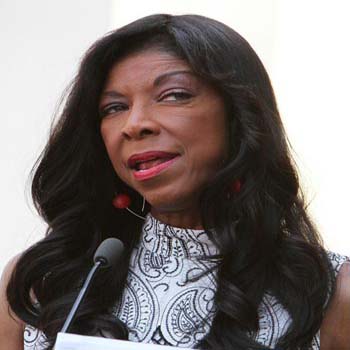 Natalie Cole was born on February 6, 1950 in Los Angeles, USA. She was born to crooner Nat King Cole and Maria Hawkins Ellington who was a Duke Ellington Orchestra singer. Natalie was exposed to music since her childhood. She began performing at at the age of 11.She was brought up with older adopted sister Carole “Cookie”, adopted brother Nat “Kelly” Cole and younger twin sisters Timolin and Casey. Her father died of lung cancer when she was 15 and she had difficult relationship with her mother since then. Natalie attended Northfield Mount Hermon School. She graduated in 1972 with a major in Child psychology and minored in German from University of Massachusetts Amherst.

Natalie’s father Nat King Cole was a recognized jazz artist but she did R&B and people took it as a disappointment at first. She started to sing at small clubs with her band Black magic and was noticed by couple of producers who approached her to do records. They made several records together but almost all of the music labels turned them down except her father’s label Capitol Records. Her debut album “inseparable” got released and songs like “This Will Be”, “Inseparable” became hits. She was compared to Aretha Franklin and an unseen rivalry started to grow between them. Her sophomore album Natalie was also a gold success, the album was jazz influenced. Her third album unpredictable was a platinum success. The R&B song from the album “I’ve Got Love on My Mind” was a number one hit. Her fourth release Thankful was also a platinum success. “Our Love” from the album was a signature Cole hit. Her first released live album is Natalie Live. In 1979 she released two more albums “I love you so” and “We’re the best of friends” duet album with Peabo Bryson. From the 80’s her musical career started taking a detour though off the album soft rock ballad, an adult contemporary “Someone That I Used To Love” became a hit. In the early 1980’s her problem with drug addiction took over in public and her career came to a low. When she released her 1991 album Unforgettable… with Love where she had sang songs of her father, it became her best-selling album. Then her other albums Take a Look, Stardust, Holy &Ivy also became huge success. Her most recent album is Still Unforgettable which includes songs by her father as well as other artists like Frank Sinatra. Cole published an autobiographical book “Angel on my shoulder” in 2000.

Cole has been married for three times and divorced. On July 31,1976 she married songwriter ,producer and former member of the ‘70s R&B’, Marvin Yancy with whom she has a son with. Her son Robert Adam”Robbie” Yancy is now a musician and tours with her. Cole had her first divorce in 1980. Cole married Andre Fischer, record producer and former drummer for Rufus in 1989 and got divorced in 1995. In 2001, she got married to Bishop Kenneth Dupree and got divorced in 2004. In the autobiographical book, Angel on my shoulder, Cole has described her battle with drugs. She used heroin and crack cocaine. She also has admitted that she began the drug abuse while in University of Massachusetts Amherst. Cole was arrested in Toronto, Ontario, Canada in 1975 for possession of heroin. She was eventually rehabilitated in 1983. Cole is clean now.

Natalie Cole is an American of Black ethnicity.

Her net worth is $5 million.

Her pictures, music videos as well as performances snaps can be found online.

Natalie Cole has sold over 30 million records worldwide. She is also the recipient of nine Grammy awards and three American Music Awards along with various other honors and recognition like Songwriter Hall of Fame.