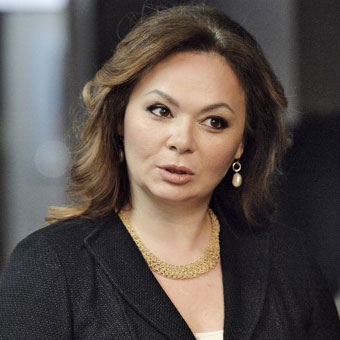 Natalia Veselnitskaya is a Russian lawyer/attorney who is currently working in cooperation with Russian Federation. She is also the managing partner and founder of Kamerton Consulting, her own law firm. She came into limelight after the news of her meeting Donald Trump Jr. during the elections in 2016 came out.

Natalia Veselnitskaya was born in Russia and is around 33 years old now but her date of birth is still not known to the public. She holds a Russian nationality but her ethnicity is still unknown.

After her high school, she attended and graduated from the Moscow State Law Academy in 1998 with the degree in jurisprudence. Natalie then worked at the state prosecutor’s office for about three years and was engaged in private business.

Natalia Veselnitskaya founded her own law firm Kameraton Consulting in 2003 specializing in corporate and property arguments in court. Most of her clients include the Russian Businessman like Denis Katsyv.

Natalia is also known for fighting against Magnitsky Act both is Russia and the United States. She is currently in the headlines for her controversial meeting with Donald Trump Jr. and the top three members of Donald Trump in 2016. This has made several rumors and allegations among the public.

According to some sources, Natalia meeting with Trump Jr. has some connection with the Kremlin but she denied the rumor on her interview with NBC. Some source even revealed that she met him to hand over the information about the presidential campaign of Hilary Clinton. Replying about that, Natalia said:

I never had any damaging or sensitive information about Hillary Clinton. It was never my intention to have that.

According to Trump Jr., he was called for the meeting mentioning that he would be provided some information regarding Hilary and her campaign. However, he was not benefited from the meeting with the Russian Lawyer.

Reportedly, Natalia Veselnitskaya was married but later on, she parted from her husband. Previously, she was married to a deputy transportation minister of Moscow region. They are blessed with a child.

As she wanted to spend her Christmas holiday with her ex-husband and child she applied for their visas but unfortunately, American officials declined to give them the visa.

Natalia is a single mother and is not into any affair. Furthermore, she has no boyfriend.

Natalia Veselnitskaya is not a popular person among the people. She came into limelight after her meeting with Trump Jr. Though her ex-husband was a former minister, she seems to be living a normal life. She runs a law firm with the good number of employee and her earnings might be quite well.

Though the salary of an attorney in Russia is around 30k PP, she seems to have quite more as she owns her own law firm.