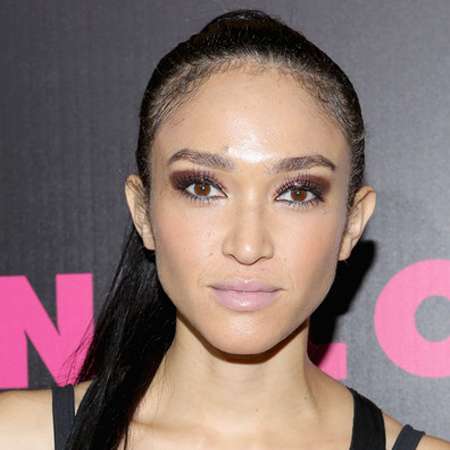 Naima Mora is a fashion model, singer as well as an actress who rose to fame after winning the 4th cycle of the modeling contest, America’s Next Top Model.

She was born to a jazz vocalist and an entrepreneur mother Theresa Mora and jazz percussionist father named Francisco Mora Catlett on 1st of March, 1984.

She was born in Detroit, Michigan. She has an identical twin called Nia and Nima was named after the John Coltrane song entitled Naima. She grew up with her family near West McNichols and Schaefer on Detroit’s northwest side.

As far as her educational status is concerned, she attended the Bates Academy from where she completed her middle school.

She then attended the Cass Technical High School and graduated from there in the year 2002. She was a ballet student and attended the Ballet Renaissance as well as in the American Ballet theater’s Detroit Summer Program.

She started modeling and pursued it as her career. She released the iBook entitled Naima Mora’s Model Behavior on the year 2012. She since appeared on The Tyra Banks Show and also on the second season premiere of Veronica Mars.

She has also appeared in the commercial of CoverGirl with Yoanna House. A 2005 Primetime Emmy Awards, Mora and Ann Markley were named the Trophy Girls and Naima also served as the judge in the Miss Teen USA pageant in 2005.

Naima has modeled for CoverGirl, Fuego Magazine, ELLE Magazine, Radar, US Weekly Magazine, Teen People, Star, In Touch and on many other such magazines.

She has also done shows on the runway including Gharani Stock Fall 2005, Christopher Deane spring 2006 Collections, Walmart, New York Fashion Week 2007 and many more. She has also appeared in a film like Sarbanes-Oxley and on music videos. She has also taken part in some singing endeavors.

Naima Mora has managed to keep her personal life a well-kept secret till now. Recently she has not been involved in many endeavors and thus people seem to know less about her personal life.

At the age of 30, it seems that she has not been married yet and does not have children. Her previous affair with no boyfriend has been publicized and her dating history is unknown. Her current relationship status too is not available to the general public.

She has not come out as being a lesbian or a bi-sexual so such speculations too can be pushed out of the way. She has made her name by her modeling skills but it seems that her personal life has been secretly stocked away for no body to find

Naima’s net worth and salary are as secretive as her personal life as no information regarding this matter is known to the public.