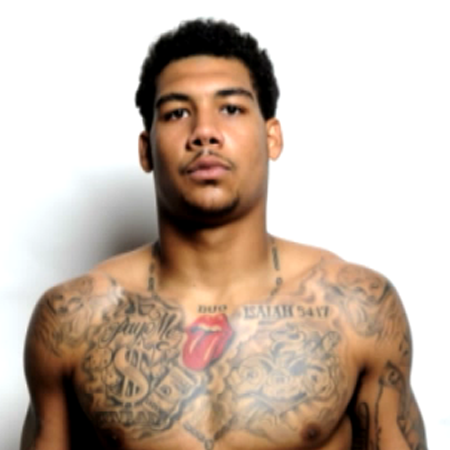 Mychal Rivera is an American professional football player. He is best known for playing as a tight end for Jacksonville Jaguars in the National Football League. He played College football at Tennessee Volunteers and was signed by Oakland Raiders in 2013 NFL draft.

Mychal Rivera was born as Mychal Rashawn Rivera in California, Los Angeles on September 8, 1990. He is the son of George Rivera and Yolanda Rivera. Rivera's father was a Puerto Rican and worked for Universal Music Publishing and was also a truck driver.

Rivera belongs to mixed Puerto Rican, African-American, and German descent ethnicity and holds an American nationality. He has two sisters, Naya Rivera, an American actress as well as singer and Nickayla Rivera, a Model.

Rivera was active in football since his childhood days and grew up with the passion towards American football.

Mychal Rivera began his football career since his school days and played for the different team.

In the year 2008, Rivera joined Oregon Ducks Football. The next year he played for the Canyons College where he caught 32 passes for 316 yards and three touchdowns.

Similarly, Rivera was picked in the 6th round of NFL draft in 2013 and signed contract of 4 years with Oakland Raiders. He appeared in every 16 games of the season in his first year with the club. He played several games performing the best in his whole career.

Rivera signed the contract with Jacksonville Jaguars in 2017, March 22.

Mychal Rivera married the love of his life Siera Rivera in the year 2015, October 19. He proposed his wife a day before marriage.  They had their engagement held in California.

His wife, Siera was shocked about the proposal and wrote on her Instagram:

“This past Sunday, October 18th, 2015, my best friend and soulmate, Mychal Rivera, made me his fiancé at a beautiful California winery during the breezy autumn sunset with our families holding hands, watching behind wells of happy tears,”

“The morning after the proposal, he & I woke up & decided, ‘Let's get married today!!!’ So, we jumped up & ran to the courthouse.”

Mychal’s sister, Naya was also present in their wedding and engagement celebration.

The Oakland Raiders’ star has the net worth of $5 million. His annual salary is expected to be around $1 million including base salary $495 thousand and cap value $521,213.

Rivera is a tall man with the height of 6 feet 3 inches and weighs 111 kg.